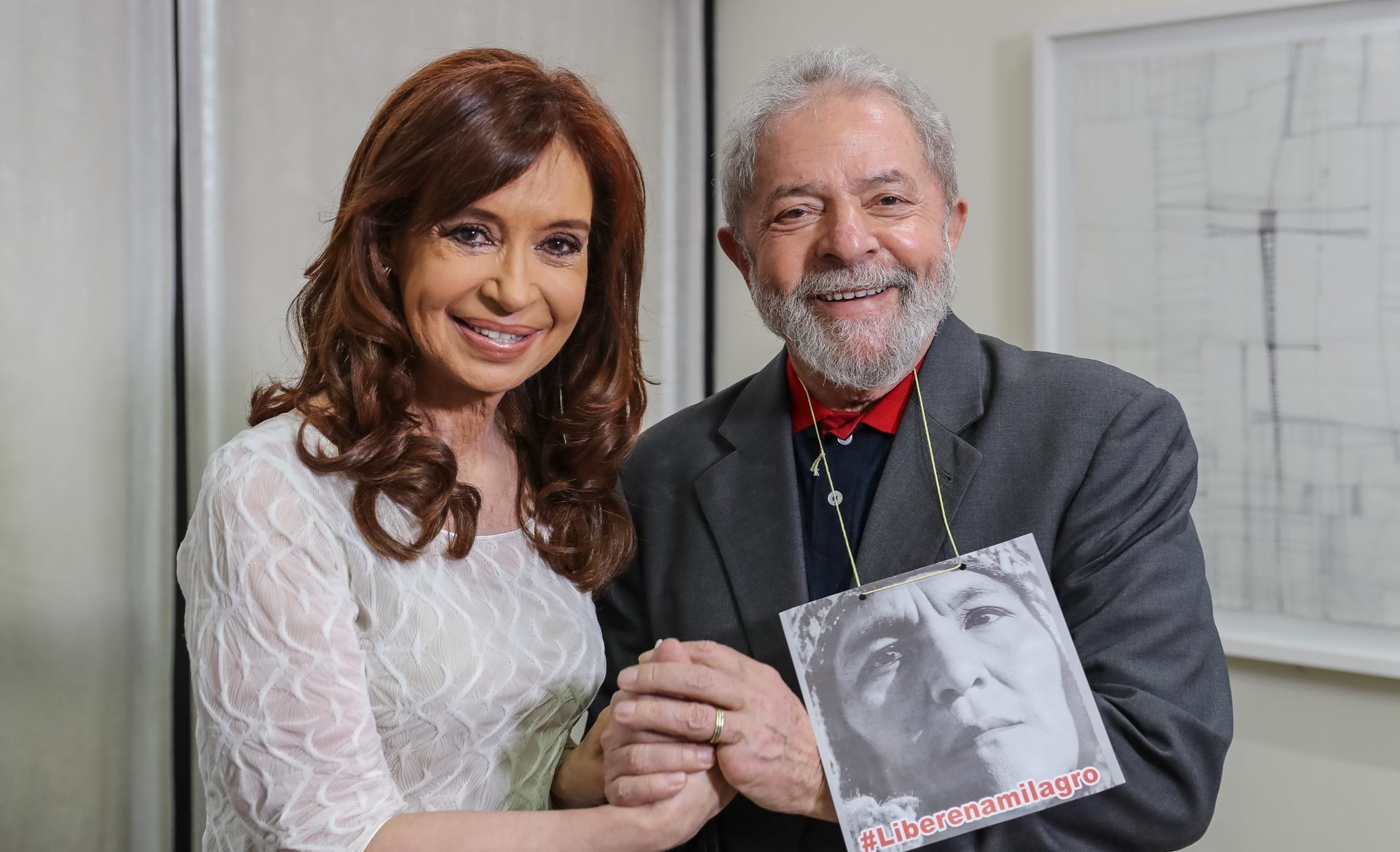 Denunciations on Lula da Silva’s unjust political imprisonment continue to be done all over the world.

In Latin America, dozens of congressists, academics and also personalities linked to the cultural scene within the Argentinian Peronist Party have published a manifesto denouncing Lula da Silva’s unlawful incarceration. Among those who have signed it, are the argentinian presidential candidate Alberto Fernández and his running mate, former president Cristina Kirchner, and the Nobel peace prize winner, Adolfo Pérez Esquivel. Jorge Taiana, Argentinian ex-minister of Foreign Affairs under Néstor and Cristina Kirchner governments, has defended Lula da Silva on Twitter. In Uruguay, the Frente Amplio congressmen Daniel Caggiani (president of Mercosur Parliament) and Luis Gallo (Parlasur member) have published a video denouncing the ex-president Lula da Silva situation. Besides politicians, trade unions associations such as the Confederation of Municipal Workers of the Americas and the Confederation of University Workers of the Americas have published manifestos in defense of Lula da Silva’s freedom.

In USA, a group of congressmen from the Democratic Party have sent a letter to the Department of Justice of the United States demanding explanations about its involvement in Brazilian judicial proceedings which have generated significant controversy. The Brown University’s historian and professor James Green has also taken a public stand demanding Lula da Silva’s freedom. Furthermore, the american linguist Noam Chomsky makes another example of intellectuals who have already joined the petition for Lula’s release from prison.

In Europe, Judith Kirton-Darling, member of the European Parliament elected by the Labour Party has posted a message on Twitter saying that Lula da Silva is innocent; Len McCluskey, secretary general of the largest trade union organization in the United Kingdom and Ireland has also used Twitter in order to declare his support for Lula; the Party of the European Left has published a manifesto on its social media demanding the release of Brazil’s ex-president and the German Party Die-Linke has also published a video on its social media declaring their support to the Free Lula movement.