Lula da Silva to BBC: “Bolsonaro is causing a lot of harm to Brazilians, partly for pure evil, partly for ignorance” 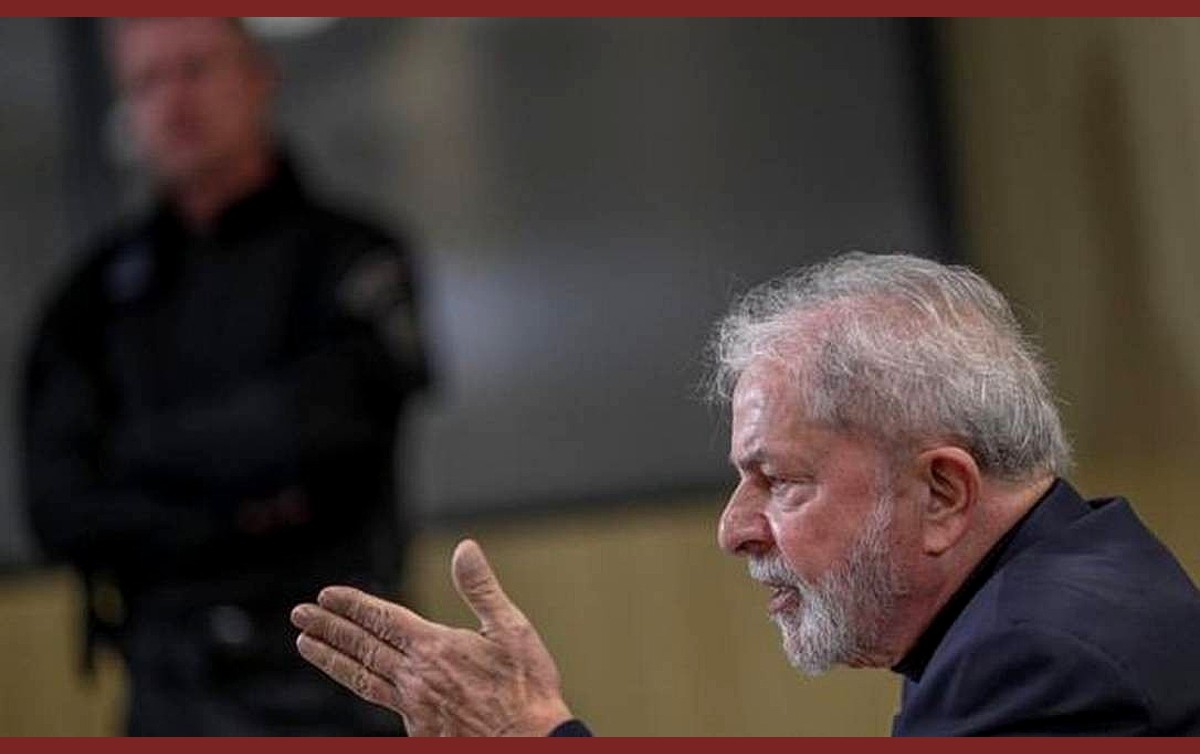 Luiz Inácio Lula da Silva (Pernambuco, 1945), ex-president of Brazil, incarcerated for corruption since April of 2018, joined in the waves of criticism against the administration of current president, Jair Bolsonaro, for the fires consuming thousands of hectares of the Amazon forest.

“I think that Bolsonaro is causing a great harm to Brazilians, partly for pure evil, partly for ignoranc; he doesn´t know what he is talking about”, declared to BBC journalist Will Grant, special envoy to the region.

Since his imprisonment at the Federal Police in Curitiba, Lula has opposed to what Bolsonaro has declared lately. “In relations between countries one cannot insult as Trump and Bolsonaro do. Brazil needs friends like France, the United Kingdom, Italy, the United States and China. And they need us too”, affirmed Lula.

“In the relations among countries, one cannot offend others like Trump and Bolsonaro do. Brazil needs global partners as France, United Kingdom, Italy, The United States and China. And they need us as well”, defended Lula da Silva.

The ex-president considers that “there is no relation” between Bolsonaro and those countries because “he is ideologically guided by the type of people who do not believe that the Earth is round. He doesn’t have the slightest notion of international geopolitics”.

Early in the week, Bolsonaro conditioned the acceptance of U$ 22 million aid approved by the G-7 to the retracting of the “insults” made to the Brazilian head of state by Emmanuel Macron, president of France. Macron accused him of “non-compliance and lying about” environmental treaties. Bolsonaro for his turn accused Macron of wanting to “interfere with the sovereignty” of Brazil.

According to official data, since last january a record number of 74.000 fires was registered in Brazil, with the addition of the spreading of such fires to the Amazonic regions of Peru, Bolivia and Paraguay.

Even though the causes have not yet being completely clarified, a joint study by the Institute for Environmental Investigation of Amazon and the Federal University of the State of Acre indicate that the fires are directly related to deforestation, since the ten municipalities with the most warnings of deforestation in the region are those which had the most fires in the year.

In face of that, Bolsonaro accused humanitarian organizations of launching a “campaign” against him and his Environment Minister, Ricardo Salles, and assured that “the dry weather, wind and heat made the fires increase all over the country”.

Lula, on his turn, has sided with the NGOs, and declared that those responsible for the fires “think that preserving trees in order to combat global warming is stupid. They deforest as if Brazil and the world did not need these forests. In our country, stupidity has been raised to the maximum level by this government”.

Lula da Silva, after having one of his jail terms reduced from 12 to 9 years, remains hopeful of being released soon. Especially after the leaking of private messages by the then judge in charge of his case (current Justice Minister) Sérgio Moro, which show, according to The Intercept, that he did not act with impartiality but guided by political motivations.

David Harvey signs petition for the release of Lula