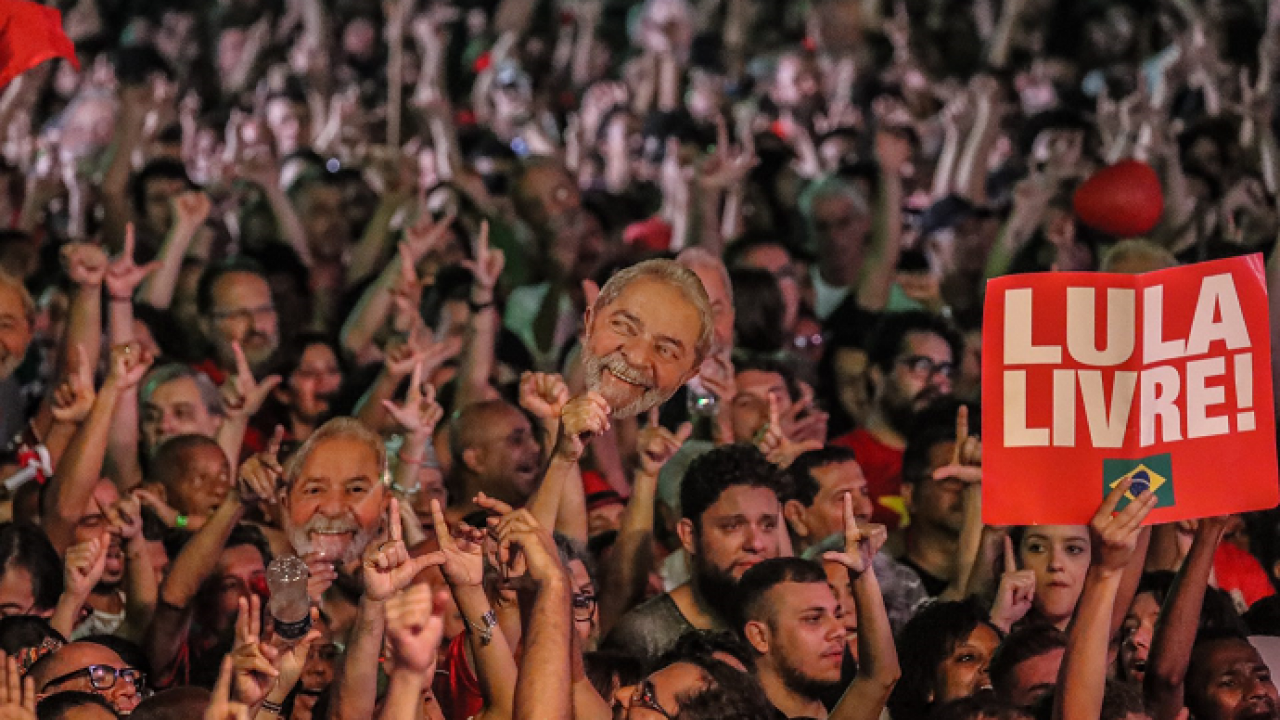 The campaign organized by the Free Lula movement for the annulment of penal decisions against the ex-president Luiz Inácio Lula da Silva was joined by personalities of extreme importance in the world: the Chilean State minister and economist Carlos Ominami, the ex-chancellor of Argentina, Jorge Taiana, the ex-prime minister of Italy Massimo D´Alema, the linguist and philosopher Noam Chomsky, the ex-minister of Finances of the Tsipras government in Greece, Yanis Varoufakis, the former Amnesty International Secretary-General, Pierre Sané, the Member of the European Parliament, Roberto Gualtieri, the former director-general of the Food and Agriculture Organization (FAO), José Graziano and the leader of the alter-globalization movement, Vandana Shiva.

The petition also counts with the signatures of the Uruguayan ex-president Pepe Mujica and Martin Schulz, leader of the German social-democracy. The campaign gains traction as it becomes ever more clear that Lula was given an unfair and unjust condemnation.

The petition was also signed by the ex-secretary General of the UNASUL, Ernesto Samper, who declared that Lula is being “submitted to a relentless, nearly inhumane police and media persecution that mounts each day to an international conviction that he is a political prisoner”.

The farce against Lula has grown more evident since publications of the website The Intercept Brasil revealed unethical and illegal conducts of ex-judge Sérgio Moro, in charge of the trials and processes against Lula, in collusion with the prosecutor Deltan Dallagnol, coordinator of the task force Car Wash and the Brazilian Public Prosecutor Office. The stories bring irrefutable evidence of the absence of impartiality and exemption of the ex-judge, as well as demonstrate clear partisan and ideological orientation of the members of the task-force, who explicitly acted with the goal of silencing Lula and preventing the Workers Party from winning the presidential elections of 2018. The scandal, known as “Vaza Jato”, has gained the headlines with the international press.

Once acknowledged that Moro broke with “the determination of impartiality and impersonality, set by the Federal Constitution of 1988, by the Code of Penal Process and the Code of Ethics of the Magistrature”, the document addressed to the ministers of the Supreme Court in Brazil requests the absolute nullity of the processes and the release of ex-president Lula, according to the law.

Join us in the fight and sign the petition Free Lula here.

Free Lula and rescuing the protagonism of Brazilian working class