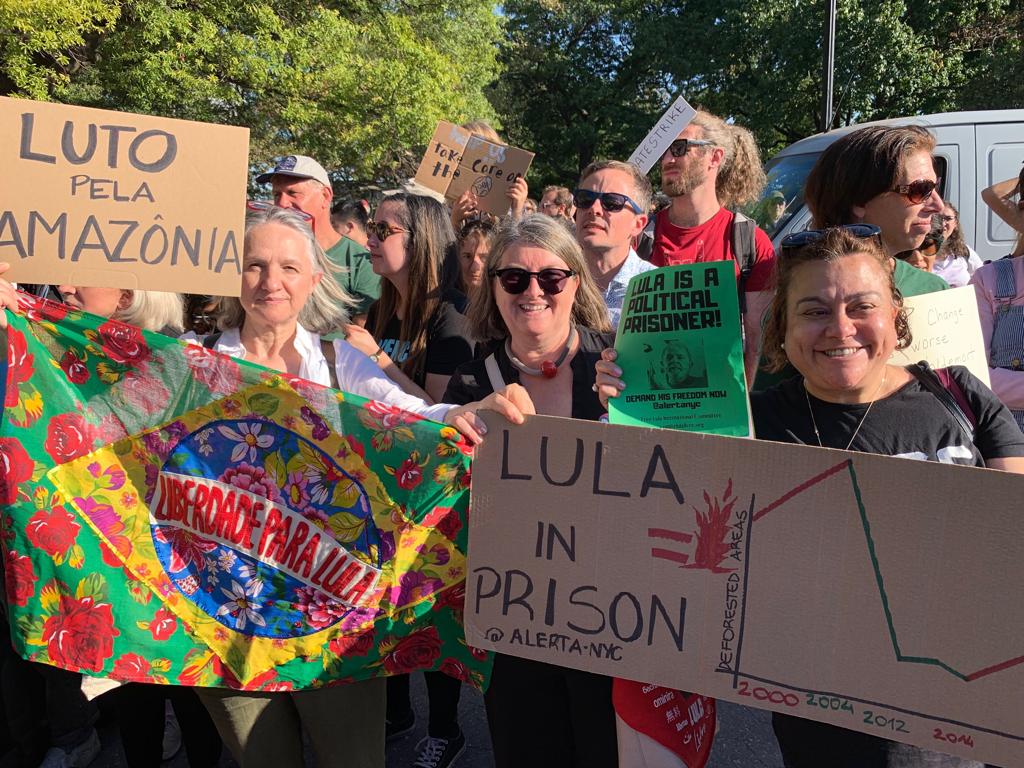 Young people took the streets of New York on Friday, September 20, to rally for action and fight against climate change and climate change deniers. They marched through the Lower Manhattan carrying signs and chanting “Sea levels are rising and so are we!”. The groups headed to Battery Park for a rally led by Greta Thunberg, a 16-year-old Swedish activist. Cheered by the demonstrators she said: “… in New York there were at least 250.000 people and around the world today about 4 million people has been striking…This is the biggest climate strike in history”. This event has been known as the Global Climate Strike.

Activists from the collective Alerta-NYC who are also members of the Free Lula USA Committee were at the protest to denounce the atrocities committed by Bolsonaro’s government against the indigenous people, as his executive order to transfer the demarcation of indigenous reserve to the Ministry of Agriculture, removing it from FUNAI (Brazil’s National Indigenous Foundation). The decision was overturned by the Supreme Court. They denounced the destruction of the Amazonia Rain Forest as well.

The activists were also there to bring awareness to the politically motivated imprisonment of President Lula Da Silva and its connection with the systematic and deliberate destruction of environmental protection policies implemented by Lula and the Workers’ Party government.

Flyers, protest signs, flags and conversations with people at the Global Climate Strike asked for the support of Lula’s freedom. Many people approached to talk and to take pictures with the “Freedom for Lula”, stylized Brazilian Flag made from chita, a bright and colorful Brazilian fabric.