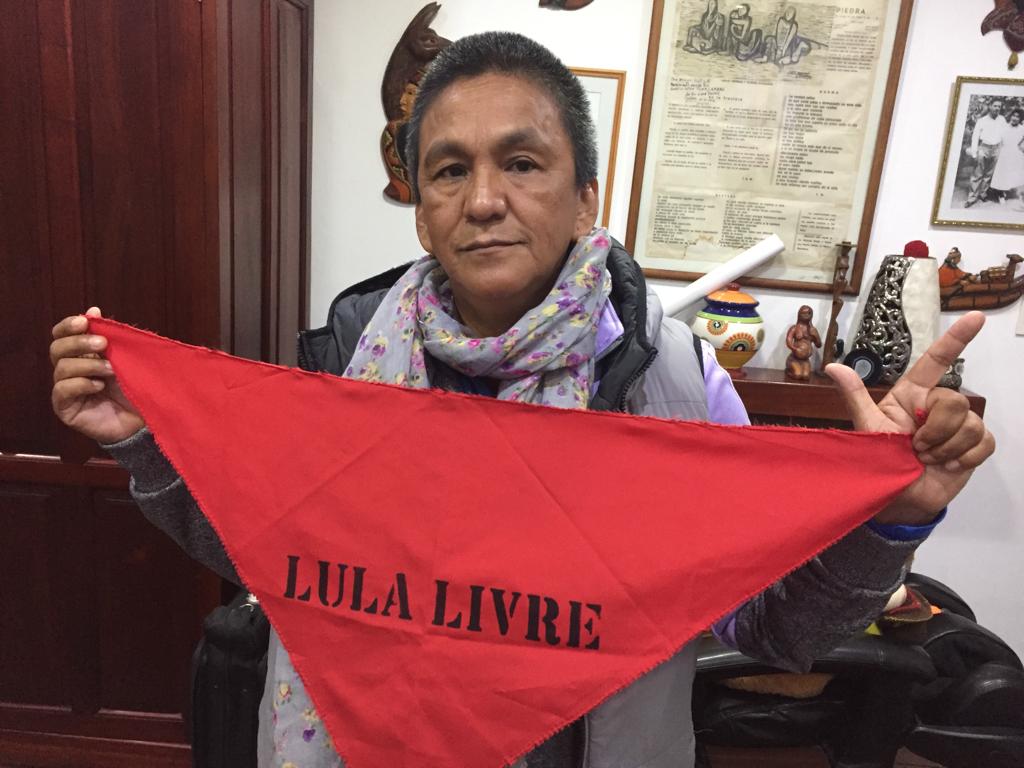 Indigenous social leader Milagro Sala was detained in January 2016 by order from governor Gerardo Morais and president Macri. Her detention and persecution was declared illegal and arbitrary by international organizations. She is currently under house arrest.

Milagro Sala is the leader of grassroots organization Barrial Túpac Amaru, which in Jujuy played a decisive role within the most forgotten and humiliated social sector: indigenous people and unemployed men and women. Túpac has created jobs, built 3500 accommodations, schools and recreation centres for poor children and literacy schools for adults, apart from Secondary schools and colleges for the young and adults. It has also created cooperatives building self-financed constructions. An extraordinary social and political organization. These are Milagro’s crimes.

In 2018, Milagro Sala was honoured in Brazil with the Chico Mendes Medal, created by the Group Torture Never Again / RJ (Grupo Tortura Nunca Mais – GTNM/RJ) in order to pay tribute to persons and entities wich have stood out in the struggle for popular resistance and defense of Human Rights within the country and overseas.