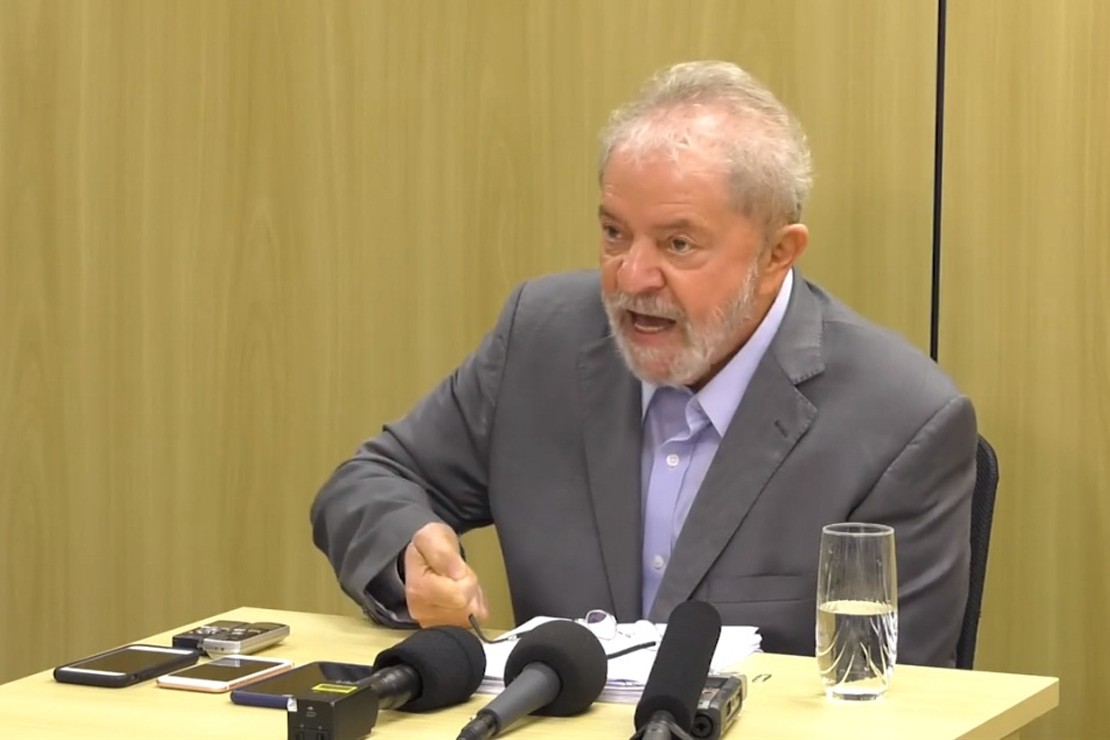 Brazil has always been a land of superlatives. Yet nothing beats the current, perverse configuration: a world statesman lingers in jail while a clownish thug is in power, his antics now considered a threat to the whole planet.

In a wide-ranging, two-hour, world exclusive interview out of a prison room at the Federal Police building in Curitiba, southern Brazil, former president Luiz Inácio Lula da Silva not only made the case to global public opinion for his innocence in the whole Car Wash corruption saga, confirmed by the bombshell leaks revealed by The Intercept, but also repositioned himself to resume his status as a global leader. Arguably sooner rather than later – depending on a fateful, upcoming decision by the Brazilian Supreme Court, for which Justice is not exactly blind.

The request for the interview was entered five months ago. Lula talked to journalists Mauro Lopes, Paulo Moreira Leite and myself, representing in all three cases the website Brasil247 and in my case Asia Times. A rough cut, with only one camera focusing on Lula, was released this past Thursday, the day of the interview. A full, edited version, with English subtitles, targeting global public opinion, should be released by the end of the week.

Lula is a visible embodiment of Nietzsche’s maxim: whatever doesn’t kill you makes you stronger. Fully fit (he hits the treadmill at least two hours a day), sharp, with plenty of time to read (his most recent was an essay on Alexander von Humboldt), he exhibited his trademark breadth, reach and command of multiple issues – sometimes rolled out as if part of a Garcia Marquez fantastic realism narrative.

The former president lives in a three-by-three-meter cell, with no bars, with the door open but always two Federal policemen outside, with no access to the internet or cable TV. One of his aides dutifully brings him a pen drive every day crammed with political news, and departs with myriad messages and letters.

The interview is even more astonishing when placed in the literally incendiary context of current Brazilian politics, actively flirting with a hybrid form of semi-dictatorship. While Lula talks essentials and is clearly recovering his voice, even in jail, President Jair Bolsonaro has framed himself as a target of global indignation, widely regarded as a threat to humanity that must be contained.

It’s all about the Day of Fire
Cut to the G7 in Biarritz: at best a sideshow, a talk-shop where the presumably liberal West basks in its lavish impotence to deal with serious global issues without the presence of leaders from the Global South.

And that brings us to the literally burning issue of Amazon forest fires. In our interview, Lula went straight to the point: by noting the absolute responsibility of Bolsonaro’s voter base.

The G7 did nothing but echo Lula’s words, with French President Emmanuel Macron stressing how NGOs and multiple judicial actors, for years, have been raising the question of defining an international statute for the Amazon – which Bolsonaro’s policies, single-handedly, have propelled to the top of the global agenda.

Yet the G7’s offer of an immediate $20 million aid package to help Amazon nations to fight wildfires and then launch a global initiative to protect the giant forest barely amounts to a raindrop.

Check out the video: