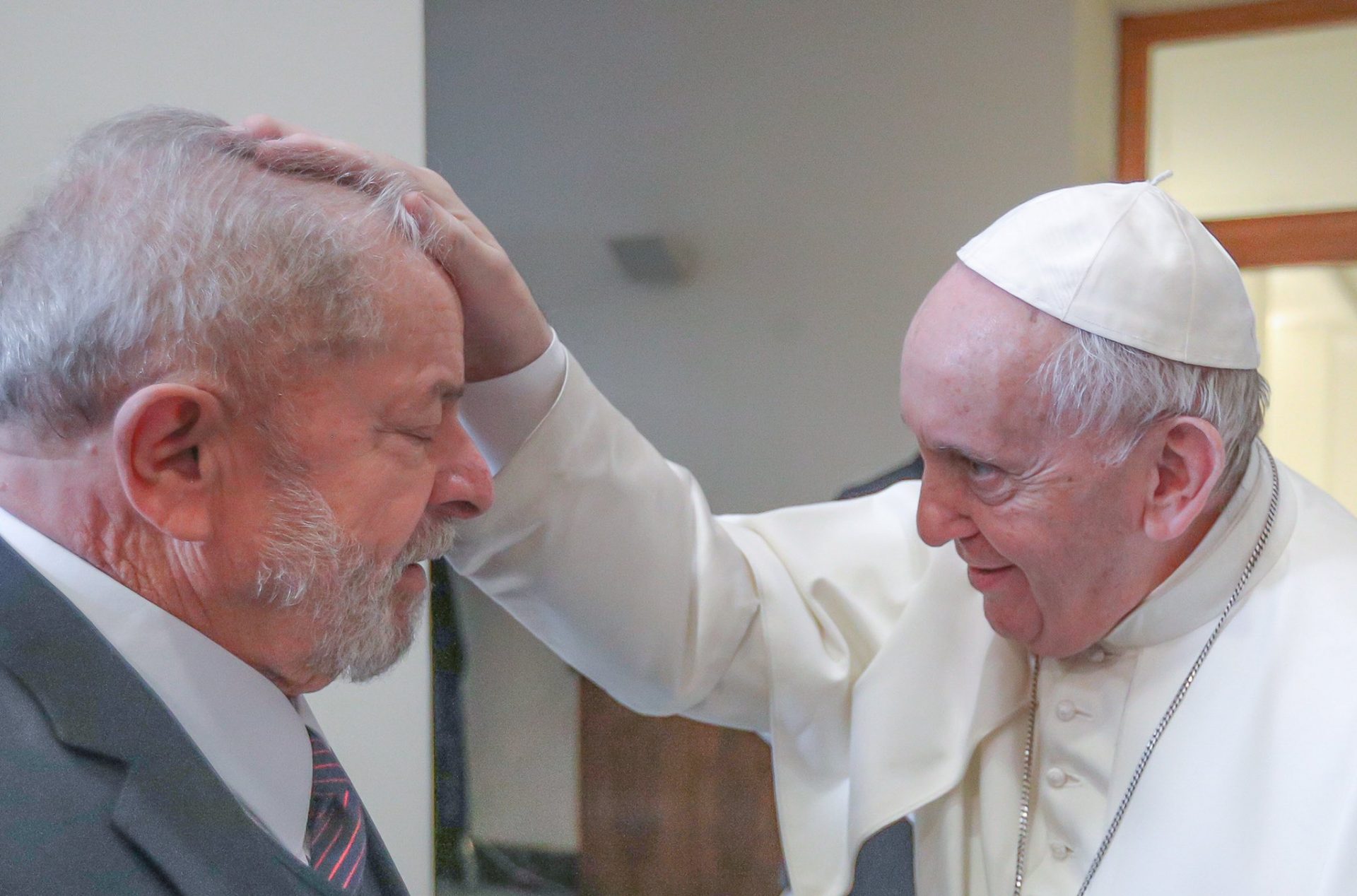 “Meeting with Pope Francis to talk about a more just and fraternal world”, he wrote.

According to the advice of the ex-president, the meeting lasted about an hour.

Testimony postponed to the meeting
The meeting between Lula and Francisco was only possible after a decision by the Federal Court of the Federal District, which postponed a testimony that the former president would grant under Operation Zelotes – initially scheduled for the last 11th, the date of his trip to Europe.

Judge Ricardo Augusto Soares Leite authorized it, and the hearing was rescheduled for the 19th. Lula returns to Brazil on Saturday (15).

The meeting was facilitated by the newly elected president of Argentina, Alberto Fernández. In late January, the two met and talked for almost an hour.

Conversation content not yet disclosed
The PT has not yet confirmed details of the conversation. There was an expectation that, at the meeting, they would deal with the condemnations of Lula and the Amazon – the biome has been a recurring theme within the Catholic Church and was the central theme of the Amazon Synod, held last October.

The special synod (type of event that deals with a specific region) was announced in 2017 by Francisco. The meeting serves as a tool for the pope to consult and observe debates on the topic in order to develop material to give guidelines to the clergy.

The day before yesterday, the pope published an “exhortation” (a kind of document that guides the faithful) on the Vatican website citing the document “Amazon: New Paths for the Church and for Integral Ecology”, prepared after the meeting.

“Ours is the dream of an Amazon that integrates and promotes all its inhabitants in order to consolidate” good living “. (…) For, despite the ecological disaster that the Amazon is facing, it must be noted that a true ecological approach always becomes a social approach, which must integrate justice in debates about the environment, to hear both the clamor of the land and the clamor of the poor “, says an excerpt from the first chapter of the exhortation, called by the pope” Dear Amazon “.

In the text, the pope also criticizes governments that fly by arguments such as “not giving up the Amazon”.

“To increase this confusion, some slogans contributed, namely that of” not delivering “, as if the aforementioned subjection was caused only by foreign countries, when the local authorities themselves, with the excuse of progress, were part of alliances with the objective of to devastate, with impunity and indiscriminate manner, the forest with the forms of life it shelters “, writes Francisco.

Exchanging letters
Last April, just a few days before completing a year in prison at the Federal Police Superintendence in Curitiba, former President Lula wrote a letter to Pope Francis where he claimed to be fighting for his innocence.

“I am under arrest because the powerful want to destroy the entire network of protection and care that we have built for the excluded,” wrote Lula on April 5, 2019, ending the text with “I would like to count on your support and friendship, pray for me” .

About a month later, Francisco responded to the letter from the former president. In it, he cited a speech he made on the first day of that year, in which he stated that politics should be a tool to “create conditions for a dignified and just future”.

“Bearing in mind the hard trials you have experienced recently, especially the loss of some loved ones – your wife Maria Letícia, your brother Genival Inácio, and more recently, your grandson Arthur, only 7 years old – I want to express my spiritual closeness and tell you encourage asking not to be discouraged and continue to trust in God “, wrote Pope Francis.