Brazilians abroad, a front against setback 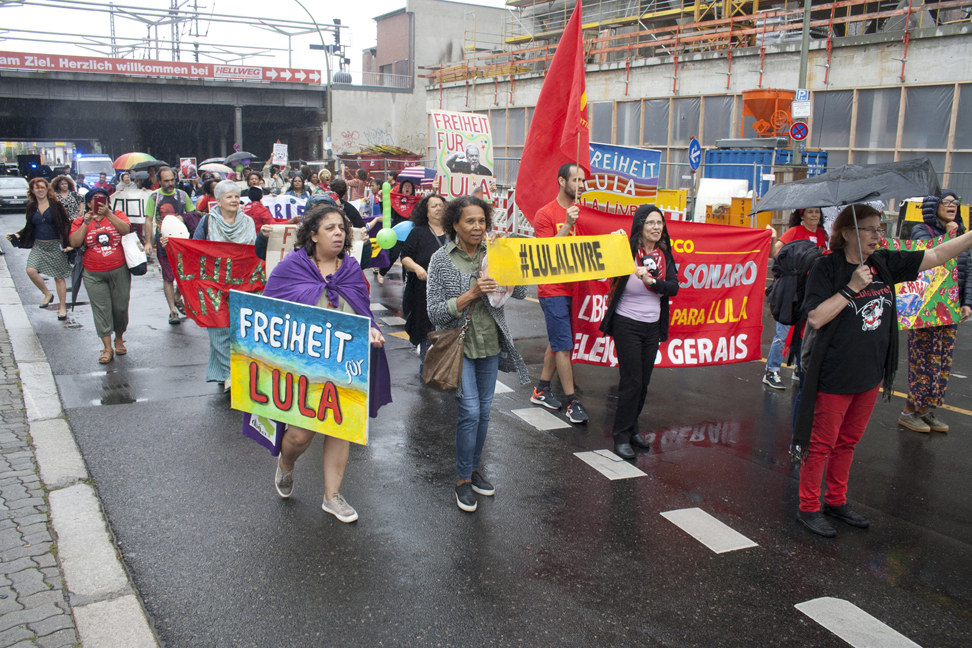 Beginning on Friday, August 16, in Berlin, and ending on Sunday, 18th, the II International Meeting of the Front of Brazilians for Democracy and against the Coup (FIBRA), set 11 priority objectives for its program of struggle for the next two years.

Officially founded at its first meeting in Amsterdam in January 2017, FIBRA today brings together more than 80 organizations and movements in 40 countries in Europe, the United States, Canada, Latin America, including Brazil, in Israel and Australia. More than 250 people from all over the world, from a wide variety of organizations united in the fight for democracy in Brazil, participated in this meeting.

The Rosa Luxemburg Foundation, linked to the Die Linke Party of Germany, hosted the meeting, giving it all the technical and logistical support. Participating guests included Marcia Tiburi, philosopher and writer, Jean Wyllys, former federal deputy for PSOL, both living outside Brazil due to threats received,, Renata Souza, PSOL state deputy in Rio de Janeiro, Breno Altman, journalist, editor of the site Opera Mundi, member of the Free Lula Committee in Brazil, and Maria Dantas, Brazilian by birth, with Spanish citizenship, Member of the Spanish Congress for the Republican Alliance of Catalonia.

The success of a meeting between such disparate and heterogeneous entities was only possible due to the methodological effort of the event organizers. Through the meetings of five working groups and plenary sessions, it was possible to plan eleven objectives outlining the actions of FIBRA and its member organizations, and numerous resulting actions. It will be impossible to review everything here: there are dozens and dozens of proposed actions of which we will comment on some as well as possible.

FIBRA’s objectives over the next two years are:

The agenda is ambitious, but meets the breadth and variety of FIBRA’s composition. During the meeting, several artistic workshops were held, covering cinema, a photo exhibition, poetry, music, dance and theatre, with very lively presentations during the debates. There was also an assessment of the Brazilian situation, noting that the resilience shown by the population is greater than it seems at first glance, with reference to the large demonstrations in defence of education, the June general strike, the Margaridas March (rally of rural women workers), women and indigenous peoples, among others. Throughout the importance of creating a democratic front was stressed at this time when the left and the popular movements are on the defensive.

The meeting ended with a march that, from the headquarters of the Rosa Luxemburg Foundation headed to the remains of the nearby historic Berlin Wall, where a letter from former President Lula addressed to the meeting participants was read. It all ended with the unanimous cry: FREE LULA!