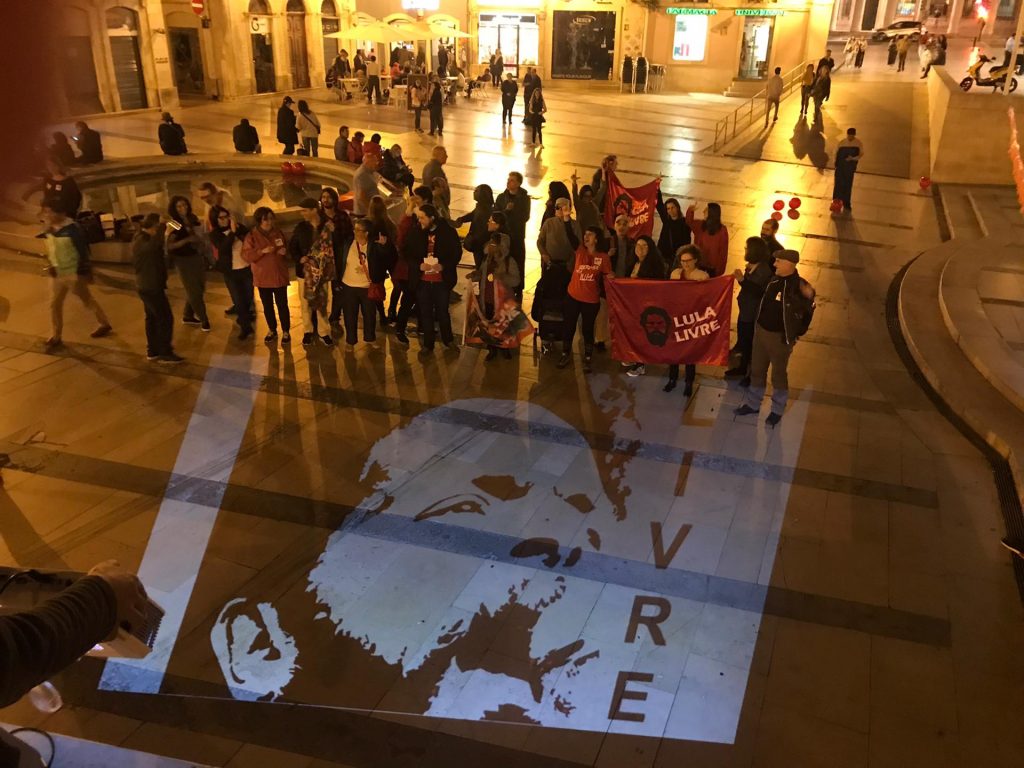 Parties, demonstrations, and events held by unions and committees commemorated Lula da Silva’s date of birth. The very first ‘Lula Day’ counted on almost all the continents around the globe. According to its creators Giuditta Ribeiro, Gabriela Lima, Carla Pitton and Fernando Carvall, the project aims at celebrating the former President’s birthday, exposing his political incarceration, and serving as a memory act of the historical and political fight for more democracy and social justice in Brazil, which has Luiz Inácio Lula da Silva as a central figure.

The 23 demonstrations spread through ten countries in Europe, the Americas, and the Middle East took place from October 25 to 27.

In Argentina, the demonstration organized by the Free Lula Zona Norte Committee in Buenos Aires happened at the famous Obelisco, in the intersection of Corrientes and 9 de julio Avenues and was attended by Aloizio Mercadante, Lindbergh Farias and representatives from Frente de Todos, the alliance Fernández-Fernández that would be the winner of the Argentinian elections at the end of the day. In the United States, important unions held events of celebration and resistance from coast to coast: Los Angeles and New York.

The German cities Berlin, Cologne, Frankfurt, and Ulm held varied demonstrations, the former President was commemorated in outdoor demonstrations, as well as in more intimate celebrations. In Paris and Strasbourg, Brazilian dishes and entertaining activities were combined with the defense of Lula da Silva’s innocence. In London, the Lula Livre UK Committee – Free Lula also prepared Brazilian dishes, a birthday party with brigadeiros and declarations supporting the President. In Oxford, the Free Lula Committee of the city decided on a demonstration on the streets.

Making use of a lot of art, the Free Lula Committee in Belgium exposed the former President’s unjust imprisonment, while on the streets of Ravenna and Rome there were Brazilian and Ecuadorian demonstrations. In Madrid, Spain, there were two birthday parties for Lula, and in Lisbon, Portugal, family members and friends gathered in defense of Brazil’s democracy. Also in Portugal, Coimbra organized a beautiful party downtown, with balloons and projections of Lula’s face on public buildings. In Israel’s capital, Tel Aviv, the call for #FreeLula was in Hebrew.

Notwithstanding the different locations around the planet and the diverse manners, the parties and demonstrations shared the will of transmitting solidarity to the greatest political prisoner of the world in the present time and the certainty that only with #FreeLula the Brazilian people will live under democratic normality and social equality again.

See all the demonstrations: