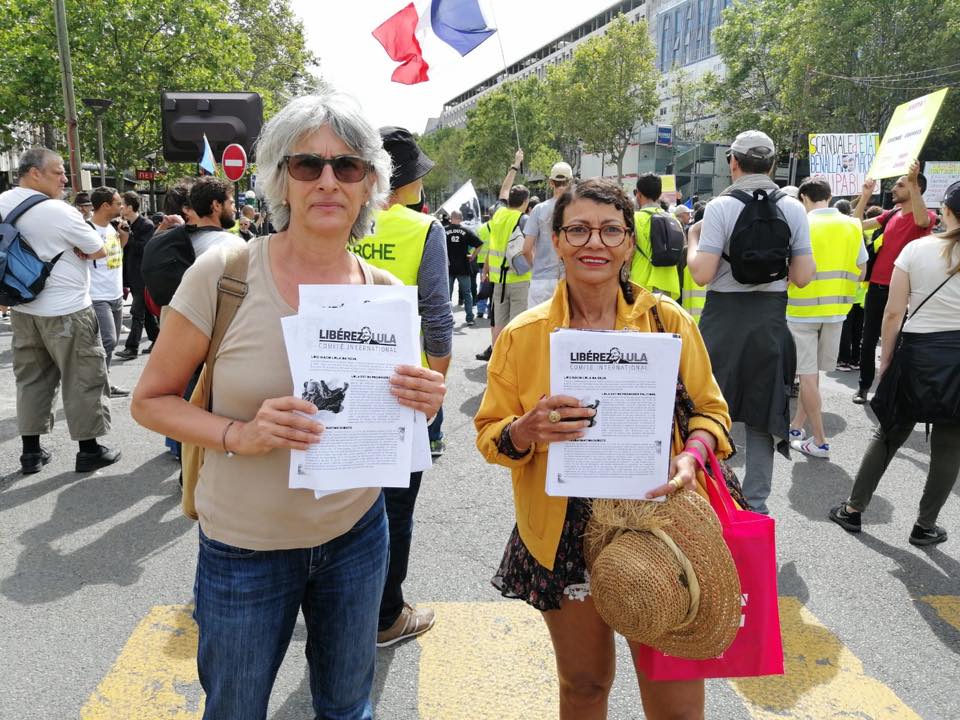 The Solidarity Committee for Lula’s Freedom and Defense of the Democracy joined the procession of the Yellow Vests Movement on Saturday (10) to denounce Lula’s unfair arrest, which will complete 500 days on August 20.

The French movement, which was born 9 months ago, has in its essence the fight against neoliberal policies, the demand for more a representative democracy and social justice. Due to the similarities of the issues, also faced by the people of Brazil, and under the #FreeLula flag, the Committee was present in the traditional act held by the Yellow Vests on Saturdays, both in support of the French struggle and to sensitize the population about the situation of Lula and the Brazilian people. The committee asked participants to sign the petition for the annulment of the former president’s trials.

Convergence of fights, against neoliberal policies, for sovereignty and against privatization and austerity: Free Lula!

Text and photos: The Solidarity Committee for Lula’s Freedom and Defense of the Democracy | Translated by the Free Lula Committee USA.

Free Lula and rescuing the protagonism of Brazilian working class

Chronicle of a condemnation foretold
Compartilhe