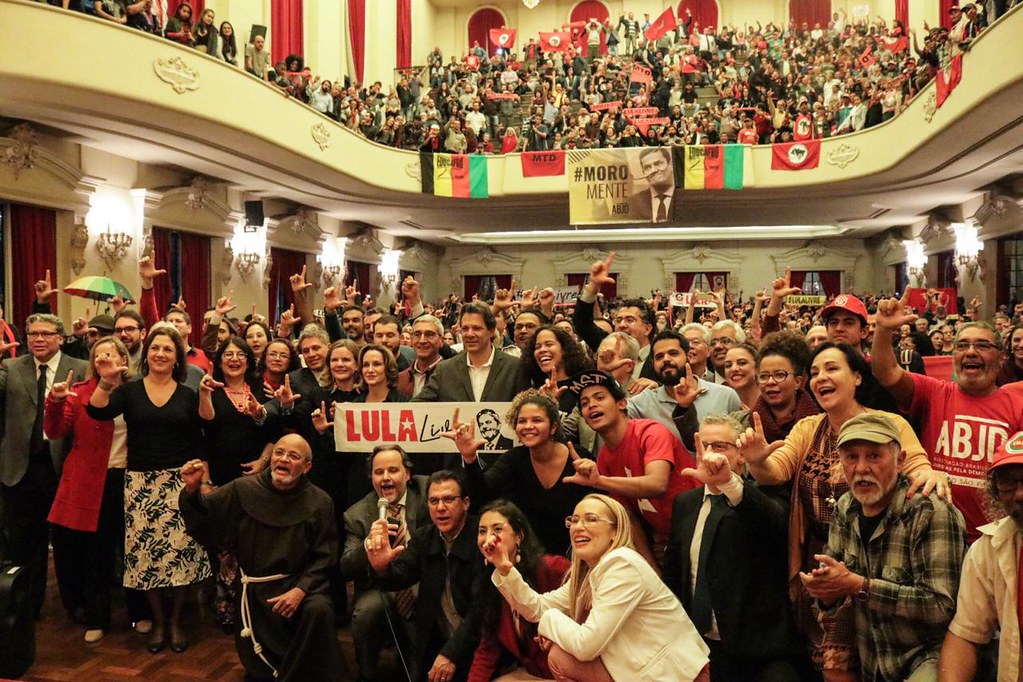 Sérgio Moro is a criminal. This sentence was the synthesis of the meeting organized by the Brazilian Association of Jurists for Democracy (ABJD), Monday , August 19, at the Faculty of Law of the University of São Paulo (USP), to launch the campaign “Moro Mente” (Moro Lies) – an initiative, which aims to explain to the population what were the crimes committed by the Minister of Justice and Public Security while he was a judge of Operation Car Wash.

Moro’s illegalities in the Car Wash area were brought to light by Intercept Brazil, which disclosed the talks the former judge was having with members of the task force, which culminated in the arrest of former President Luiz Inacio Lula da Silva on April 7, 2018.

The dialogues reveal the former judge’s role as head of the operation, in permanent dialogue with prosecutor Deltan Dallagnol, guiding the investigations of the Federal Prosecutor’s Office and, in parallel, interfering with the political landscape that led to the election of Jair Bolsonaro (PSL) – from whom he was awarded the office of Minister.

For Tania Oliveira, from the ABJD National Executive coordinating body, this is an “unfortunate page of our history”. “Today, we are facing a government of clearly neo-fascist characteristics that views political adversaries as enemies, with a highly militarized composition and that destroys social participation in the formulation of public policies on a daily basis”, she said at the opening of the event.

Also according to Oliveira, “Sergio Moro is a farce and had to break with the most elementary aspects of a magistrate” to impose on the country a political project that would not win at the polls if it were not for the obstruction of Lula as a candidate.

Criticism of the former magistrate continued with retired judge Kenarik Boujikian, who called for the “immediate removal of Sergio Moro from the Ministry of Justice.” “It’s 500 days of injustice. We do not accept a judgment that corrupts institutions. Moro lies because he has personal projects and turned this judgment into a fraud. The judiciary has an obligation to the Brazilian people. It’s time for the Supreme Court to fulfill its role, releasing President Lula belatedly”, he claimed.

Kelly Maffort of the Landless Workers’ Movement (MST) leadership stressed the importance of the judiciary’s credibility, “so that landless and homeless workers who are suffering from repossession can believe in justice.” “Therefore, it is important that Moro immediately leave the office of minister”, he said.

Fernando Haddad, PT presidential candidate defeated by Jair Bolsonaro – outweighed by Car Wash’s popularity – said that if Moro had not interfered with the political process, “Lula would gone up the ramp of the Planalto Palace (official presidentiial workplace) on January 1, 2019”.

The former education minister attacked the former judge: “Moro lies, but Moro, besides being a Pinocchio, is a puppet. He is a person who over the eight months at the head of the ministry has not even honoured his position, being humiliated by the government he decided to follow after having committed one of the greatest injustices in the history of this country.”

Check out an excerpt from Haddad’s speech during the event:

Not only are we astonished by what happened with Vaza Jato, we are also astonished by the behaviour of the Bolsonarist military forces. Because we have to start calling things by name. We cannot call a half-dozen disloyal generals on Bolsonaro’s side “the Armed Forces”. We cannot call those who dishonour the uniform and dishonour Brazil by surrendering the national heritage “the Armed Forces”. And what is happening in this country is that every time the Supreme Court is called on to do justice, a Bolsonarist soldier threatens the Supreme Court, making a phone call, saying it has 300,000 armed men, tweeting to constrain ministers of the Supreme Court. What we have to do is protect the judiciary from intimidation. We have to liberate the judiciary so that it can do its duty and definitely declare this trial a fraud and free Lula to be with us. And I end by asking the Bolsonarist general who claimed he has 300,000 armed men, “Could it be, guy, that you are afraid of one single man? Are you afraid of an unarmed man who used only his saliva and his tongue to convince the people of a generous project? Can’t you face a person on the street telling the truth to the people?” This is not worthy of the uniform, this is not worthy of the Armed Forces. Lula has to be among us and the Supreme Court has to declare Lula’s innocence. And that is what we are demanding. Free Lula.