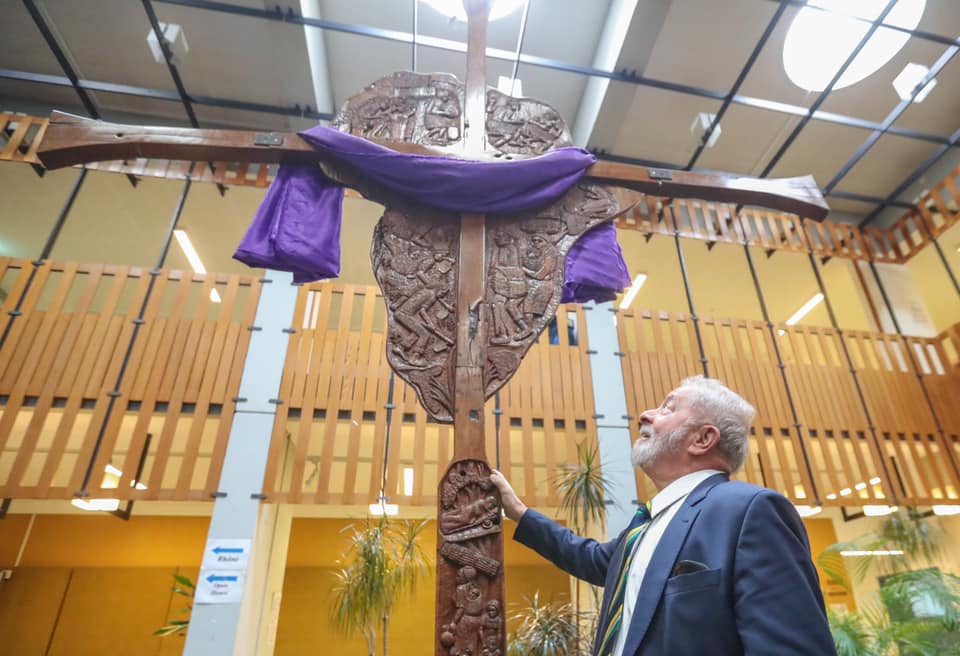 During the meeting with secretary-general of the Council, Olav Fylkse Tveit, Lula has talked about his fight against extreme poverty and how it is intrinsically connected to the churches and their role within society.

“I’ve come to show you it is possible to eradicate poverty around the world. It is not theoretical. Fighting against hunger is a political decision”, Lula said. “I have to make it clear I do not approve it when churches take political sides. I believe preachers vote according to their conscience on election day, but in everyday preaching they must stand up for the poor people, those who are forgotten and neglected. This is the mission of Jesus Christ”, the former president pointed out.

The World Council of Churches has its headquarters in Geneva and 350 member churches located in 120 countries representing more than half a billion Christians around the world.

As he addressed the piling up of religious intolerance in Brazil and around the world, Lula da Silva defended building up an atmosphere of solidarity. “I do not need to be a protestant to stand up for protestants. I do not have to part of an Afro-American religion to defend one of its followers. What I need to do is to stand up for one’s right to practice their religion”, he highlighted. “We must foster some harmony among human beings. And I believe it is possible as I believe in God. It may take some time, but we will struggle to achieve it”.

Lula has also recalled his meeting with Pope Francis last month in Rome and His Holiness initiative to set up the Economy of Francesco event. Preacher Martin Junge, secretary-general of the Lutheran World Federation, remembers the Pope’s speech on the “globalization of indifference” afflicting the world. “This is our main challenge, and we need to work together in order to face it”, Junge declared.

The meeting is the first of a series of a joint initiative to tacke inequality around the world. “I’m already 74 years old and I cannot leave politics. I have a cause to fight for and it is the struggle for a more just, human and caring world“, Lula concluded.