Congress of the United States: The importance of defending the human rights of the people of Brazil. 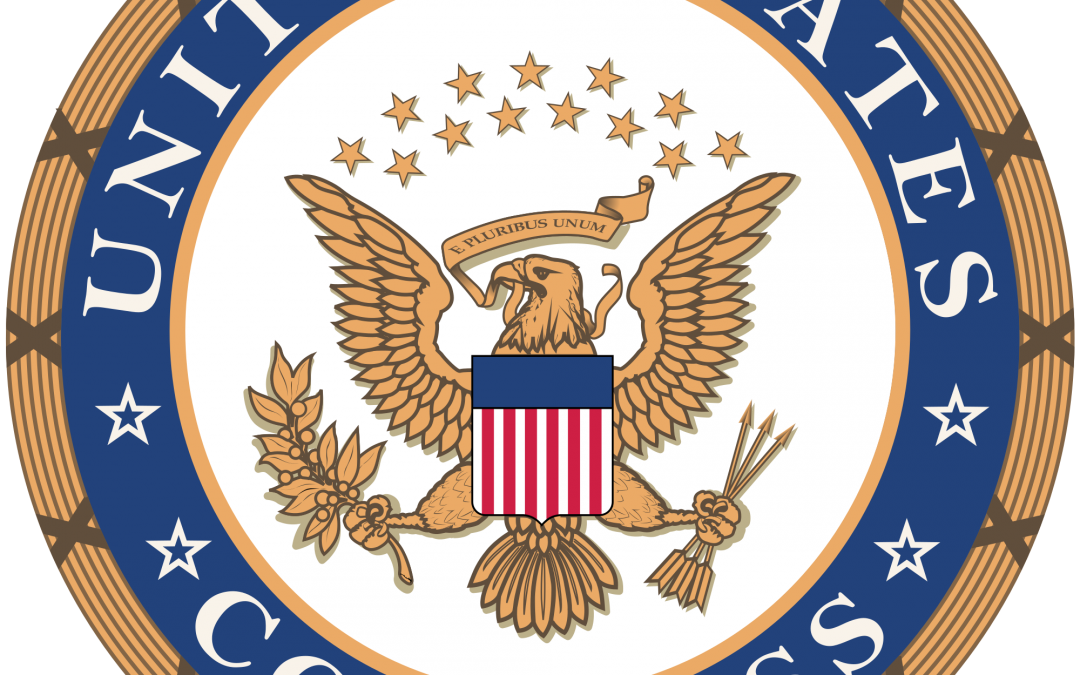 We are writing to urge you to publicly emphasize the importance of defending the human rights of the people of Brazil. Since the election of far-right candidate Jair Bolsonaro as president, we have been particularly alarmed by the threat Bolsonaro’s agenda poses to the LGBTQ+ community and other minority communities, women, labor activists, and political dissidents in Brazil. We are deeply concerned that, by targeting hard-won political and social rights, Bolsonaro is endangering Brazil’s long term democratic future.

As a still developing democracy, Brazil must be particularly vigilant in protecting its institutions and ensuring the separation of powers in the country. Even before Bolsonaro took office, the regressive trends pushing against Brazil’s democracy were clear. It should concern all those who are committed to Brazilian democracy that Bolsonaro was elected after former president Luiz Inácio “Lula” da Silva – widely acknowledged to be the most popular political leader in Brazil – was barred from running in controversial circumstances that put at risk the right of the people of Brazil to freely choose their president.

While the October 2018 elections ultimately placed Bolsonaro in the presidency, we believe that those of us who represent the United States must make clear that speech and actions that increase division, hatred, and exclusion threaten democracy and its vital institutions. We are particularly alarmed by the impact that Bolsonaro, who has described himself as “homophobic – and very proud of it” and has made hateful statements against LGBTQ+ individuals throughout his political career, will have on the LGBTQ+ community. In a clear sign of the dangers faced by Brazil’s LGBTQ+ community and political dissidents, the first openly gay member of Brazil’s National Congress, Jean Willys, recently announced that he would resign his position and leave Brazil due to fears for his safety amidst rising violence and intimidation against LGQBTQ+ individuals.

In the weeks since Bolsonaro took office, he has already begun undermining the rights of LGBTQ+ individuals and members of other minority communities. On the first day of his presidency, he signed executive decrees stripping LGBTQ+ rights of their status as protected human rights and undermining land protections for indigenous communities and descendants of slaves. Bolsonaro’s decision to transfer the power to regulate and create indigenous reserves the Agriculture Ministry, along with other policies signaling his intention to aggressively pursue deforestation in the Amazon, have sparked deep concern among advocates for indigenous rights and environmental protection – both in Brazil and around the globe.

Workers’ rights and those who defend them are also in danger since the Bolsonaro government has eliminated Brazil’s Ministry of Labor, with the responsibilities formely enshrined in the Labor Ministry now divided between three separated ministries. The Ministry of Justice – normally focused on criminal activity – has been given the authority to grant or deny legal representation rights to unions in an increasingly politicized process likely to stigmatize and reduce vital and legitimate trade union activity.

Bolsonaro has also demonstrated a clear hostility to democracy itself. He has expressed his admiration for the military dictatorship that ruled Brazil from 1964 to 1985, praised torture, and pledged to designate dissidents as internal enemies and members of terrorist organizations. At a rally one week before his election, Bolsonaro pledged to undertake a purge of his political opponents in “cleansing never before seen in the history of Brazil”, suggesting that political opponents like rival 2018 presidential candidate Fernando Haddad of the Workers’ Party could be imprisoned or face violence.

We are deeply disappointed that – far from expressing the United States’ concern for defending human rights in Brazil – the Administration has made public statements praising Bolsonaro.

As Members of Congress, we intend to continue closely following this situation as it unfolds. As our nation’s top diplomat, it is incumbent upon you to represent our nation’s highest values by advocating for the fundamental rights and dignity of all people in Brazil. 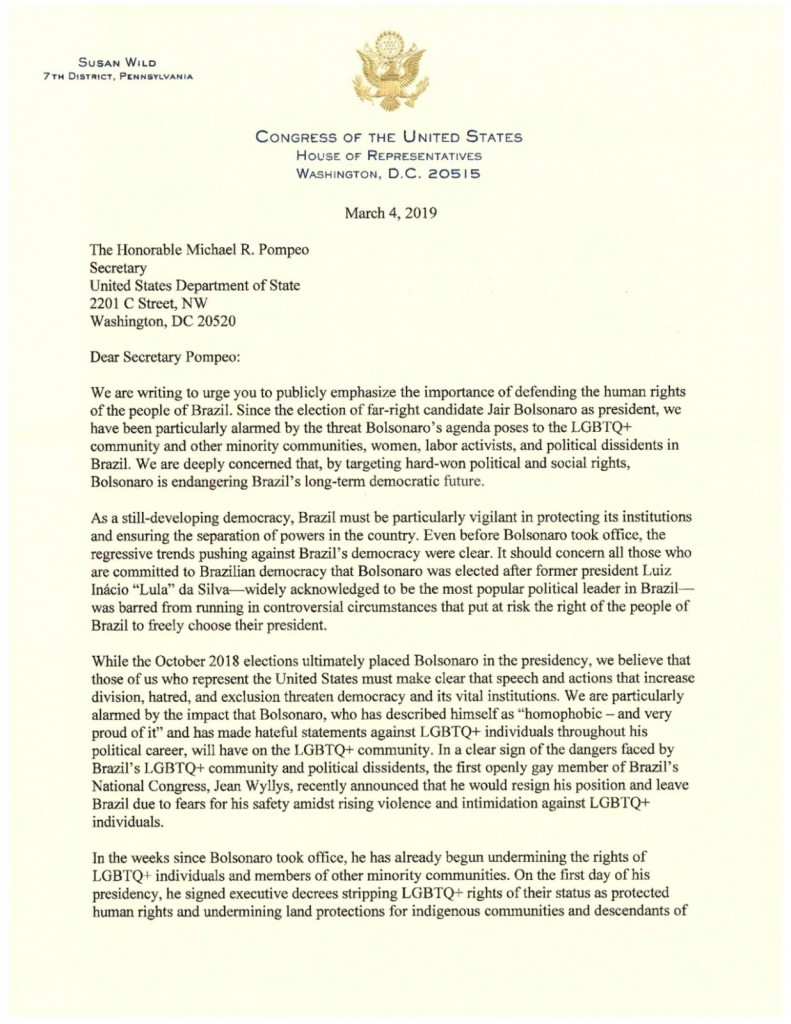