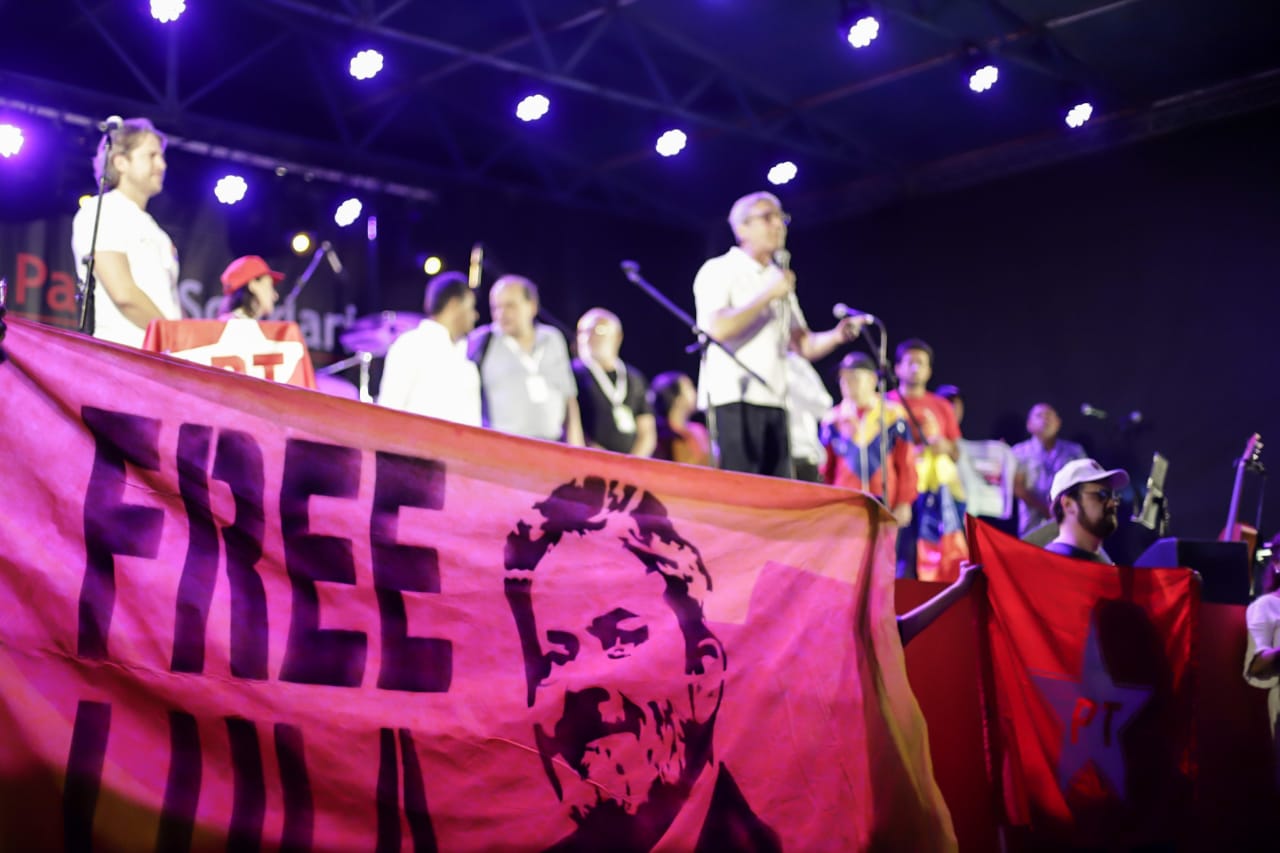 It was at the end of forty-eight years of dictatorship, like a shout of relief, that the Avante’s Party (Festa do Avante) was born. Portugal’s biggest progressive festival and one of the largest in the world brought together on 6, 7 and 8th of September members of leftist parties from all over the globe, near the capital Lisbon, in order to debate the current problems caused by capitalism, pay solidarity to nations where democracy is under threat and celebrate the strength and unity of the left.

The festival, which gathers hundreds of thousands of people every year, is organized by the editors of Avante!, a publication issued by the Portuguese Communist Party (PCP). Rita Sato, the party’s MP for the Assembléia da República (National Council), and Sandra Pereira, MP for the European Parliament told in an exclusive interview to Jornalistas Livres (Free Journalists) a little of what is the Avante Party and how the revolutionary festival, now in its 43rd edition, came about.

Brazil was represented in the festival by the stands of the leftist parties PT and PCdoB. The Workers Party had the goal of strengthening the internationalization of the #FreeLula campaign. 1147 signatures for the petition for freedom for the popular leader were collected. The Movement of the Landless Rural Workers (MST) was also present at the stand with their produce and books telling the story of their movement and showing the daily struggle of these peasants. Besides political interventions, PCdoB’s stand also had a restaurant serving typical food, where Brazilian immigrants were able to feel more at home.

The Free Lula campaign, however, was not limited to the Brazilian stands. Besides t-shirts, hats, stickers and buttons easily found for sale in many areas of the festival, solidarity to the ex-president Lula was also shown in the speeches by political leaders from different countries at many moments.

In an Act of Solidarity to Brazil, which took place on Sunday afternoon, all attentions were focused on the problems and possible solutions proposed to the country, presented by Walter Sorrentino, of PCdoB, Zeca Dirceu of PT and Igor Felipe of MST. Sorrentino, the first one to speak in the act, thanked the Avante Party for coming out in defense of Brazil which, as he describes, is going through a process of dismantlement of its sovereignty, its Constitution, democracy and rights conquered in the last few decades.

Federal parliament member Zeca Dirceu (PT) described the current situation of Brazil as one of the most difficult ever faced, since beyond the national dismantlement, there is authoritarianism, disrespect and hatred as trademarks. The parliament member reminded the public of the statistics showing all the progress the last few decades reached up until the impeachment of president Dilma Rousseff.

The Secretary-General of the PCP, Jerônimo de Sousa, took to the stage at the closing of the Avante Festival to remind of the party’s duty to keep fighting for the development of Portugal and for advancing in regards to the worker’s rights. The crowd who watched the closing speech participated actively, singing, applauding and waving red flags. The engagement of the public shows the support that the left maintains in Portugal, since the revolution of 25th April 1974. The first edition of the Avante Party took place in 1976, at the Lisbon International Fair.

Today´s Portugal is governed by a historic alliance among leftist parties. The Socialist Party (PS) governs the country in a parliamentary alliance with the Portuguese Communist Party (PCP), Left Bloc (BE) and ecologists, Os Verdes (”The Greens”)