Sergio Moro, the downfall of the renowned judge of Lawfare 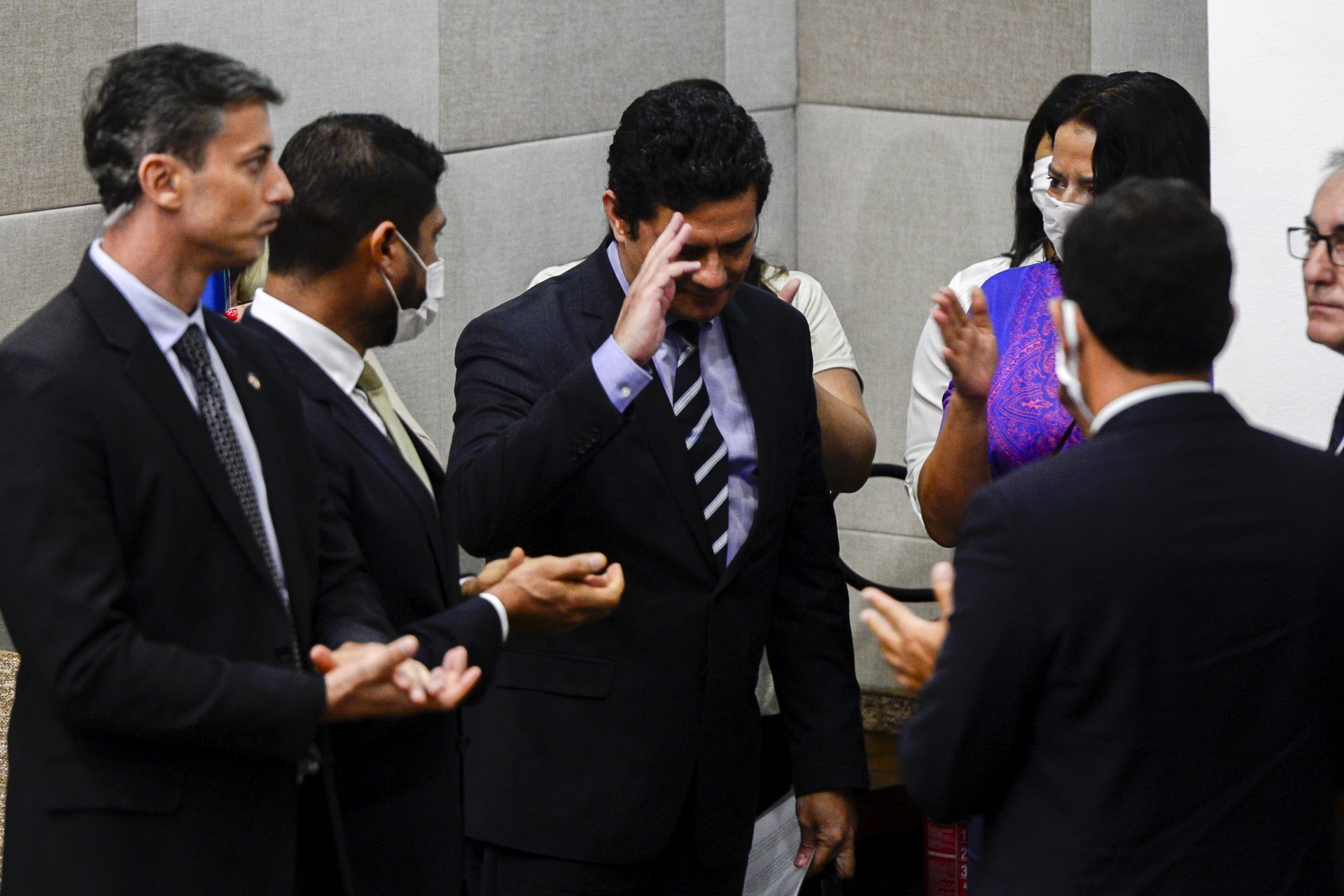 September 15, 2020
Sergio Moro is internationally known as a con artist of lawfare, of the use of Law to destabilize political foes - Marcello Casal Jr. / Public photographs

Sergio Moro, the renowned judge responsible for the sentence that sent the ex-president Lula to prison for 580 days, has his credibility hanging by a thread. On August 25th, the Brazilian Supreme Court annulled, for the first time, a sentence that had been handed down by the ex-judge Moro. Despite not being about a process related to Lula or Car Wash, the radical decision for the annulment of the process, which involved the bank Banestado, represents a corrective response against the abuses related to the procedures of plea bargaining and the use of evidence without respect for parity of defence, in contradiction to full defense.

Given the expectation from numerous other defendants and trials confronted with the reckless ways of the judge from Curitiba and supervisors for the Public Prosecutor´s Office during Car Wash, twisting due process at different stages, we can come to at least three lamentable conclusions regarding the process of combating corruption in Brazil:

1) Operation Car Wash, headed by Sergio Moro, was a great loss of an historic opportunity to combat corruption within the legal framework.

3) the third important conclusion is slowly being discovered and with ever more scandalous revelations: an immense thread of international collaboration was used to fend off political forces, leaders and a national building project that was directed through the main companies and strategic sectors of Brazil.

And here we have a warning: this plot extends beyond Brazil. Sovereign state systems of Latin American countries cannot ignore it because this plot substantially involves the enforcement, through bilateral treaties, of the fight against corruption, via an informal system of cooperation between federal police, tax inspectors and entities of other countries within structures to combat organized crime, arms, drugs, traffic of all kinds, as well as prevention of terrorism.

In Brazil, besides the inherent vulnerability of such integrated systems of international collaboration, there has probably been wrongdoings committed by civil servants. Car Wash investigators underhandedly violated international treaties.

Still, little is known about this hidden iceberg, but it is no secret that Sergio Moro acted in collusion with inspectors, which resulted in an inquisitorial judge, one one who had frequently been in the United States visiting public and private entities dedicated to use the fight against corruption. It is also no secret to anyone that the USA treats the fight against corruption as a strategic asset for its economic and political expansion, an opportunity of enforcing extraterritorial jurisdiction.

One of the most serious facts revealed by The Intercept Brasil and by Agência Pública was the illegal collaboration between members of the Public Prosecutor´s Office of Curitiba with FBI agents and the Department of Justice of the United States (DOJ) beginning around 2015, including the flagrant violation of the Mutual Legal Assistance Treaty (MLAT), as well as violating the bilateral agreement of collaboration in criminal judicial matters.

In short, the MPF (Public Prosecutor´s Office) in Curitiba usurped the authority of the Ministry of Justice for the coordination of such international cooperation, effectively collaboration with the progress of investigations which, later, resulted in plea bargain agreements and the activation of mechanisms of extraterritorial jurisdiction.

The sense of impunity was so great that the head of the investigators, Deltan Dallagnol, created the scandalous private foundation to manage R$ 2,5 billion, money destined for the asset recovery agreement in the leniency agreement between the United States courts and Petrobras.

The habeas corpus ruling for the annulment of the processes against Lula is upcoming, and it could be this year. Legal academia, in recent research that involved the largest law research centres in the country, holds a consensual opinion: 97,8% of law professors consulted in the survey, including the main universities in Brazil, considers that Sergio Moro was absolutely partial in his judgements against Lula.

The Supreme Court has the opportunity to do justice, even if overdue, and re-establish the credibility of justice itself, which today is synonymous with collusion with the political use of law.

Sergio Moro is already internationally known as a con artist of lawfare, of the use of the law to destabilize political adversaries. He acted that way when he was a judge and also as Minister of Justice for Jair Bolsonaro, with whom he has just ended relations.

Today he is removed from power, but apparently he is getting ready to be Rede Globo´s candidate for the presidency in 2022. However, his reputation is in free fall since Car Wash is no longer able to hide the illegalities committed, but also because of the apalling the effects of the operation against Brazilian construction companies and strategic sectors such as oil, gas and electric energy.

May Brazil serve as a cautionary tale for all of Latin America of how detrimental judiciary power can be when it departs from juridical rule of law, the Constitution and mainly from national sovereignty.

Carol Proner is a lawyer, Professor of International Law and member of ABJD – Brazilian Association of Jurists for Democracy.