Lula: “Democracy will save Latin America after Covid-19” 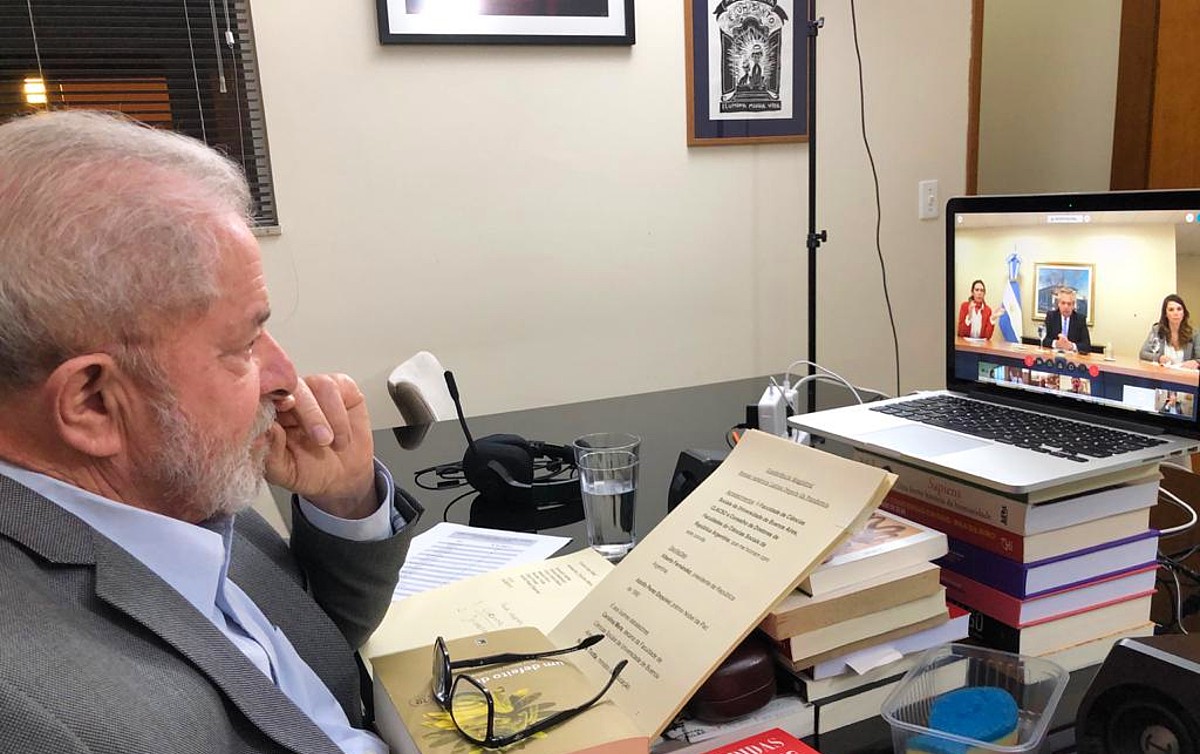 Former Brazilian president Luiz Inácio Lula da Silva stated yesterday evening (26th) that what will save Latin America after the Covid-19 pandemic is democracy, combined with a powerful State, as the market does not care about people.

“What will save Latin America after the pandemic is something called democracy, because it is the State rather than the market that concerns itself about the people”, Lula has declared during a virtual debate with Argentina’s president Alberto Fernández, when discussing the routes Latin America can take once this public health calamity is over.

Lula has reiterated that the State must liberate funds in order to save lives first, and deal with the economy afterwards. “Democracy is the answer”, he stressed.

“When I see how many lives have been saved in Argentina, it is painful to see my own country mismanaged, with ministers incapable to act in order to protect our people, and a president of the Republic (Jair Bolsonaro) who, in addition to all, make jokes about this tragedy”.

Unfortunately, there is no government actually dealing with the pandemic in Brazil at present. Bolsonaro’s administration has already changed Health minister three times so far. “Now there are at least 18 military officials responsible for the sanitary issues, and not one of them has any expertise on public health”, he said.

The meeting was organized by the University of Buenos Aires (UBA) and broadcast on YouTube.