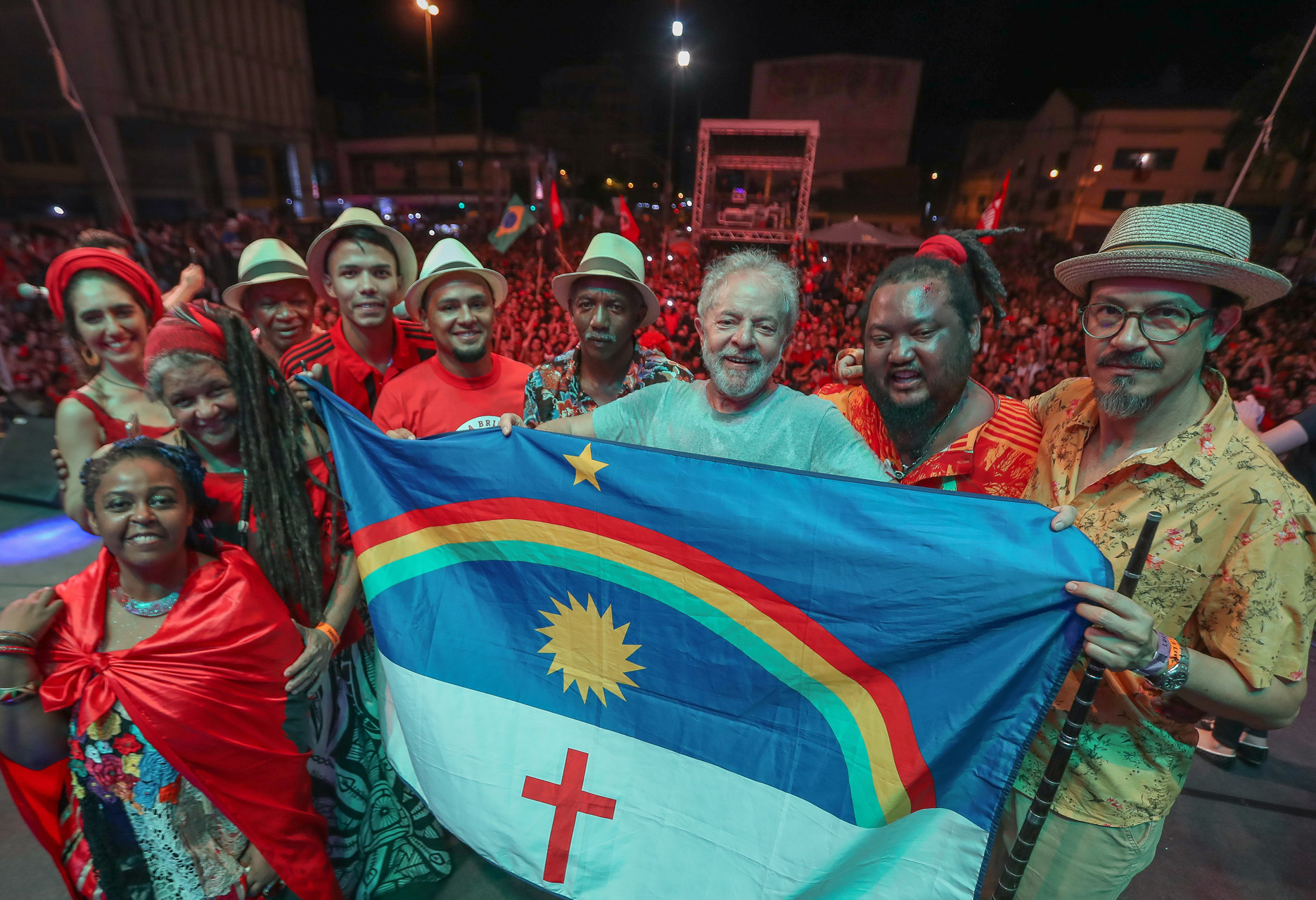 On Sunday November 17, Luiz Inácio Lula da Silva returned to his beloved home state of Pernambuco to participate in the Free Lula festival in the capital Recife. Accompanied by artists, political leaders and activists, Lula addressed the 250,000 supporters in an emotional speech.

He took special care to remember and thank all of the support and solidarity that he received during the 580 days that he was imprisoned in the Headquarters of the Federal Police in Curitiba, Paraná. “Today I am a better man than the one that went into that jail,” he affirmed. He thanked all of the artists and organizers of the festival and the Free Lula committees that were created across the country. “I thank every woman and every man that had the courage to sing for the freedom of this country.”

Lula also took the opportunity to thank Fernando Haddad of the Workers’ Party of Brazil for his candidacy in the last elections and spoke of the necessity of guaranteeing access to education and culture to the Brazilian people.

“In the logic of these scumbags, poor people and Black people cannot have access to the university. Culture for them is a thing of communists, and for us it is something of freedom. A country without culture and education, will not go anywhere. I was raised by parents who were illiterate and they gave me something that the Brazilian elites will never learn in their universities which is character and dignity.”

“I want the Brazilian elite to know that we do not want to be treated as second-class citizens. The people no longer accept to be placated with the bare minimum. The people do not want to live, eat, dress and study poorly, we want everything good in this country because we are what we produce,” he added.

North East
The ex-president, who is from the state of Pernambuco, was born in the municipality of Garanhuns, spoke about the region. “The people of the North East learned to eat three times a day, to have water, to have employment. The North East is the exporter of dignity and we want to have equal conditions. We are not the rejects of society.”

Lula also promised to continue “fighting every moment to free this country of the gang of militias that took control of Brazil. No one will stop me from fighting to guarantee that our children have a better life than ours.”

Lula finalized his speech calling on the singer Siba and the maracatu masters (Maracatu is a traditional dance and music from the state of Pernambuco) to come on stage, he saluted the multitudes saying “in democracy, the show does not stop.”

Lula was freed on November 8 following a decision by the Brazilian Supreme Court which stated that imprisonment is not allowed before exhausting all the appeal options.