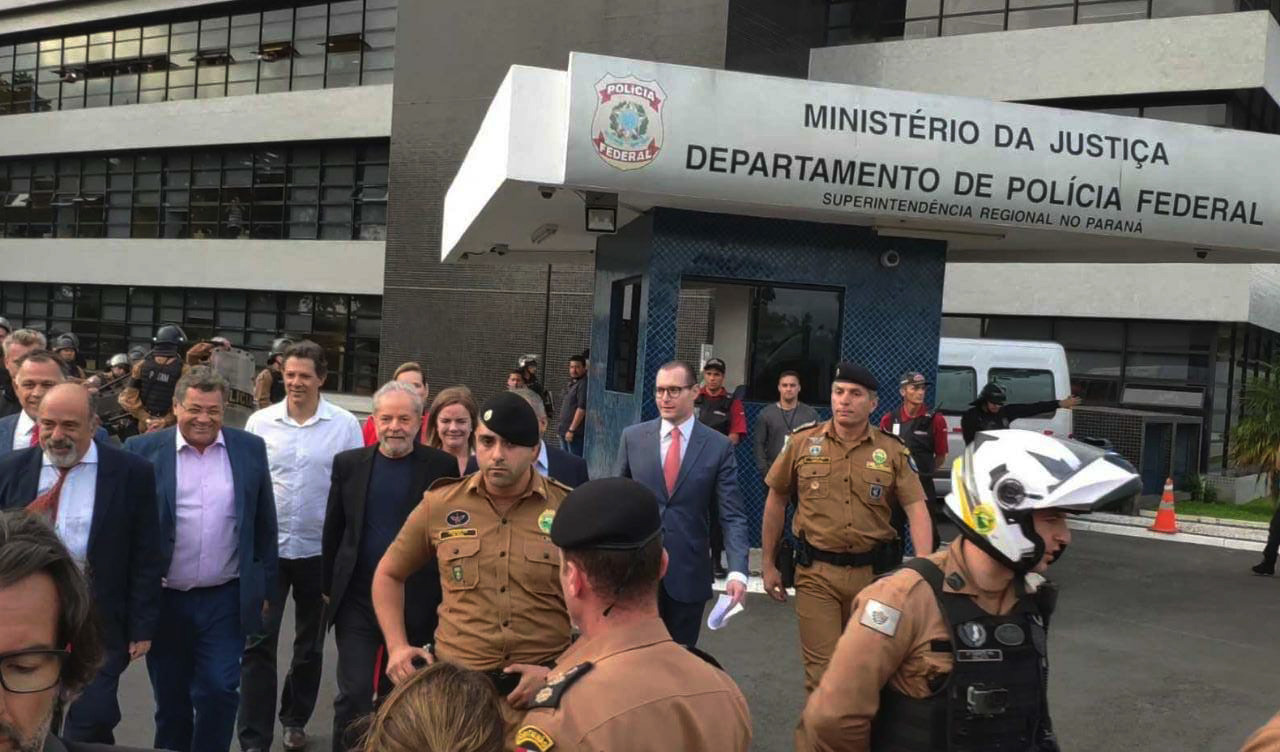 Even though lawfare is a worldwide phenomenon, it is systematically advanced in Latin America at an undesirable rate.

It means using judicial power to meddle with politics, particularly regarding the enforcement of criminal law. It is judicial warfare to achieve illegitimate ends, as my lawyers explained in 2016. Our regional elites and those who defend the international financial capital interests rank corruption to a “great evil” category as they consider it the cause and source of all evil. They also have been struggling against public policies to tackle poverty and reduce profound social inequalities for over a decade. Certainly, nobody approves of corrupt rulers, but this fight against corruption is nothing but an excuse made by those sectors to attack administrations legitimately elected through popular vote.

The court has become the locus in which the defeated at the ballot box seek to impose their interests overriding popular sovereignty. Through this path, some sectors of the Judicial branch and the various bodies of the judicial system, with the opportunistic support of mass media, turned themselves against popular governments concerned with defending national interests. Their goal is to criminalize and destroy politics, as they attempt to spread the idea within society that all politicians are corrupt. The physical destruction of the enemy is no longer adequate, so instead, they long for their political and legal death.

Under the excuse of fighting against corruption, they breach due process and the constitutional guarantees of those accused. The cases that happened in Latin America always show the same method: part of the press, which is politically involved, creates a fact and disseminates it broadly (a lie told one thousand times becomes the “truth”); exclusively based on this made-up story the Federal Police launches an investigation; the Prosecutor’s Office then start searching for elements to support the accusations formally, and then the denouncement is followed through even if there is not a shred of evidence as it happened in Brazil under allegations of “not having proof, but certainty instead”.

After that, it only takes “finding some judges who are willing to cooperate”, either because it opens an opportunity to come into the spotlight or personal advantage. The private life and intimacy of the defendants are daily exposed based on these so-called leaks (data leaks), a word used to conceal the activities of handpicking one or more facts and transmit them to their “pals” in the media, especially television broadcast.

Facing the impossible task of proving what has not occurred, they resort to illegal wiretapping, compulsory subpoena pre-trial detentions of the defendants and their families. These are the mechanisms to obtain a “plea bargain” from the “regretful” (that is how they call ‘those who are capable of inventing any situation to profit’ in Hispanic countries), for whom the “prize” is their freedom and, at least in Brazil, the chance of keeping the profits from the crime confessed.

After the “accusative” guilty admission is collected, the person accused is convicted based on a value judgment even if there is no evidence. In the case they do not successfully prove the accusations made, they resort to the peculiar category of “undetermined act”. The scheme is complete after the conviction sentence is issued. Later, an equally biased court will uphold it. A court committed to the political and economic interests of the elites.

That is how the legal conditions to incarcerate and remove an enemy from the political scenario are assured. The mass media headed by television broadcasts take it to themselves to continuously disseminate the sentence, willing to legitimize a false process.

Once the enemy is set aside from the political landscape, the path is clear to elect rulers subordinated to market interests, who often refrain from protecting the people, especially the poorest. They violate the national sovereignty and sell big state-owned corporations for much less than they are worth in operations that reveal great contempt for the environment and many other human fundamental rights.

In Brazil, they try to impose a political and legal death on me. I was a victim of the scheme previously analyzed: I was investigated, judged, and condemned by the so-called Car Wash Operation based upon a false story published in a news outlet. The Car Wash Operation gathers the worst of the Brazilian judiciary system.

Today nobody disputes the fact that the Federal Police and the Prosecutor’s Office acted on the orders of a notoriously biased judge. A judge who was eager to promote himself and helped building up an organization guided by the objective of annulling my political rights to prevent me from running for the presidency and thus assure the Workers’ Party its fifth consecutive term. Presenting a rapidity never seen before in any other processes, the Regional Federal Court upheld the sentence, fulfilling the president’s public promise to judge the case before the elections.

They did not take my resilience into account. They did not take the social movements and the workers’ unconditional support into account. They did not consider people from all over the country who traveled to hold a Free Lula Vigil in front of the Federal Police’s headquarters. They did not take into account the notorious reaction of the political and legal international community. Instead of leaving Brazil, as some have come to suggest me, I decided to go to prison and then face those who cowardly accused me without evidence. It was not in vain as one of the best achievements of civilized societies, which is upheld by our Federal Constitution, was reestablished by the Supreme Court: the presumption of innocence. An action that ended my unjust imprisonment and determined before the Supreme Court decides my defense appeal.

I was released, but I am not free. My political rights continue to be denied, even before the Supreme Court judges the defense appeal.

In my case and many others, the “real criminal law” was distorted into a “shameful criminal law”. It helps to turn the judicial power into a tool used to politically persecute anyone who raises their voices and stand in defense of who was abandoned to their fate, and face the powerful proxies of the international financial capital and the rulers subordinated to the God Market in our dearest Latin America.

Luiz Inácio Lula da Silva was President of the Federative Republic of Brazil between January 1st, 2003 and December 31st, 2010. Based on the preface of the book “Lawfare. Basic steps guide to demolish the criminal law”, written by E. Raúl Zaffaroni, Cristina Caamaño, and Valeria Vegh Weis (Capital Intelectual).