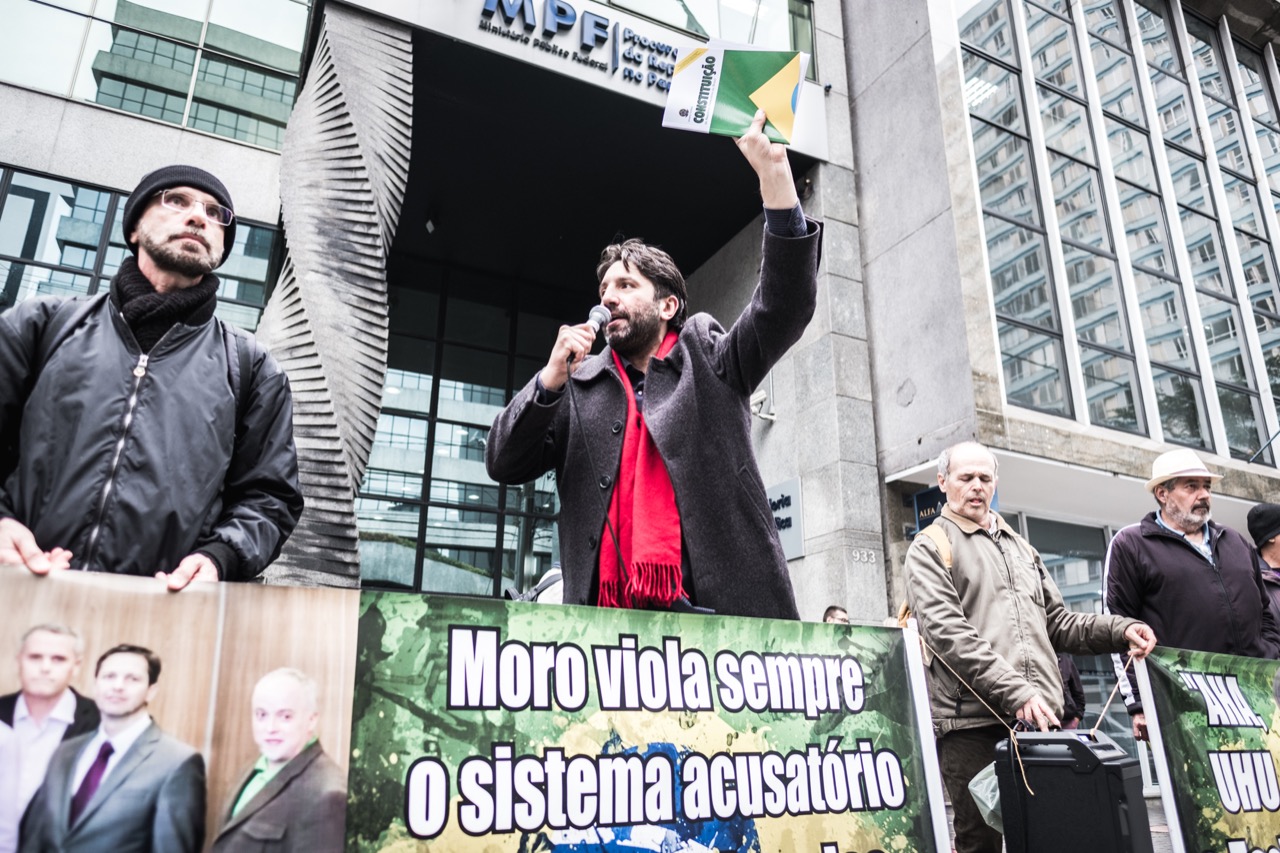 Luiz Inácio Lula da Silva was released. But justice was not served. In November last year, the Supreme Court decided to reestablish the Constitution’s legal jurisprudence that prevents a person from being arrested until all appeals have been exhausted. However, the Court has not stated a public opinion on the merit of the case: Has Lula da Silva had the right to a fair trial?

The way former judge Sergio Moro conducted the process against the Brazilian ex-president has been a controversial issue among the legal community from the outset. Nevertheless, due to the total support of most of the Brazilian and international press, and also of the public opinion, he became the symbol of Operation Car Wash. But then, with Jair Bolsonaro’s electoral victory, the nomination of Sergio Moro as Justice minister, and the publishing of chats between the Car Wash prosecutors and Moro, as well as other authorities that reveals countless illegalities committed during the process have led it to the questioning of how the operation works. Yet, up to now, no court has dared to question the merits of the 218-page sentence that has changed Brazil’s destiny and helped Jair Bolsonaro to pave his way to the presidency. It’s high time the Supreme Court addressed the matter.

Former president Lula was condemned for receiving an apartment from a construction company as a kickback, in exchange for public biddings, according to a convicted person’s plea bargain testimony, which he changed to have his sentence reduced. However, the probe makes it clear that neither Lula nor his relatives have ever lived in or owned this property. Moro himself admits in his sentence that he is convicting Lula without any material evidence whatsoever. He even acknowledged at the motion for clarification that the sentence against Lula was not based on the Prosecutor’s Office complaint. Likewise, it is well-known since 2016 that Lula’s lawyers were illegally tapped, and multiple ministers of the Supreme Court stated that to arrest Lula before the 2018 presidential campaign, Moro had disregarded due process and manipulated the bench warrant apparatus.

However, instead of conveying an independent and critical point of view, the majority of the media has replicated Moro’s and the prosecutors’ narrative. As a result, to criticize operation Car Wash meant to tolerate corruption for some time.

In a country with serious pluralism issues (according to Reporters Without Borders, Brazil ranks 107ºth in the Press Freedom Index) owing mostly to the concentration of media ownership of the major news outlets, the deification of operation Car Wash has had enormous political and judicial consequences. Moro and the prosecutors have truly become stars in the Brazilian public affairs, their power and influence overstepped their role as judge and as members of the Prosecutor’s Office, which also shielded them against the criticism over Lula’s proceedings. In the judiciary system that meant they were granted an impunity pass: in a 2016 ruling, the appeals court in Porto Alegre (TRF-4), which analyzed the sentence against Lula, determined that the operation Car Wash “does not have to follow due process” because “the proceedings bring about unprecedented issues and so they need unprecedented solutions”. Thus, this court cleared Moro of the charge of having disclosed a phone call between Lula and Dilma Rousseff, though the Supreme Court itself acknowledged it as wrongdoing. According to many politicians, Dilma Rousseff’s removal from office would not have occurred had this leak not happened.

Nonetheless, it was through the press that the truth came out. An archive with thousands of Telegram text, audio, and video messages published by The Intercept in association with various news outlets – including El País – has caused political turmoil in the country. In these chats, Sergio Moro guides the actions of the Prosecutor’s Office and the Federal Police, decides which pieces of evidence must be attached to the proceedings, suggests the Prosecutor’s Office communication strategy, and conceals information regarding the case from the Supreme Court. The iconic judge in the anti-corruption struggle was, in fact, judge and party.

For the first time since the beginning of the operation, the media consensus about Moro was coming to an end. In the international legal community, once enthusiastic about the Car Wash operation, the reaction was of shock: in a statement signed by 17 lawyers, jurists, former Justice ministers, and former court ministers – including Susan Rose-Ackerman, Bruce Ackerman, Luigi Ferrajoli, and Baltazar Garzón, among others – the signatories declared that, due to the operation Car Wash methods, the Brazilian justice “currently goes through a serious credibility crisis within the international legal community”.

And with reason. According to a law professor who specializes in the Supreme Court, “the judicial claims are no good” when it comes to Lula.

If the Supreme Court wanted to restore the credibility lost to Moro and Car Wash actions, it should grant Lula a fair trial, annul the proceedings conducted by Moro and acknowledge that corruption must not be tackled using corrupt methods.