Graziano, from FAO-UN, receives award for his contribution towards the eradication of hunger in Africa and dedicates it to Lula da Silva 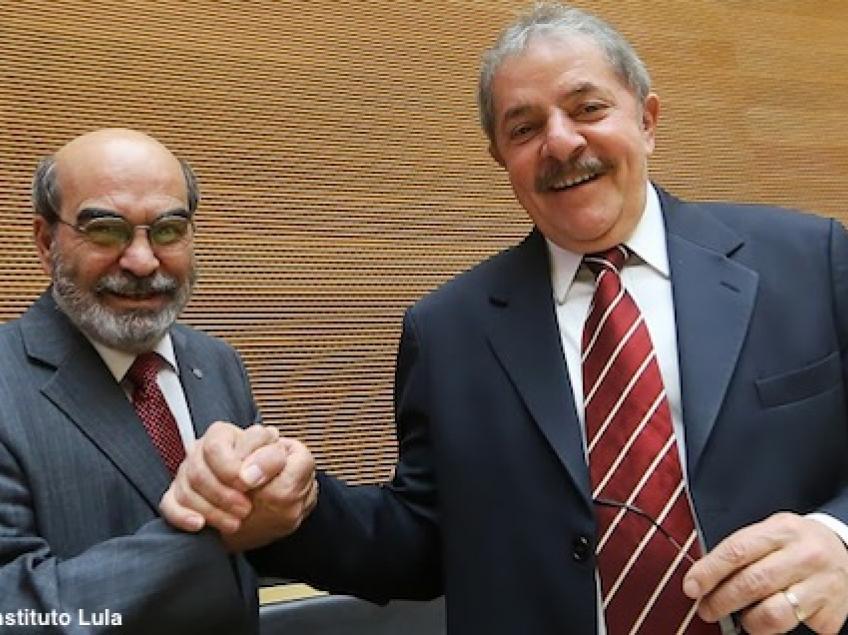 The Brazilian José Graziano, chief executive for the United Nations for Food and Agriculture (FAO), was honoured today by the African Union, at the closing of the Heads of State and the African Government Summit in Adis Abeba ( Ethiopia), in recognition for his work in fighting hunger and the development of agriculture on the African Continent .

Graziano was keen to ensure that this award would be shared with  ex-president Luiz Inácio Lula da Silva, who Graziano called ” a great inspiration” for the fight against hunger in Africa.

Lula’s government gave priority, as never before to the fight against hunger and poverty, reducing significantly hunger and misery in Brazil with programmes like Bolsa Familia and PAA (school meals programme).

Graziano took part in those efforts at a time when Brazil had a great international reputation for its very successful social programmes. Graziano was elected chief executive officer for FAO. In 2015 he was re-elected for a second term.

In 2013 The Lula Institute organised together with FAO and the African Union a meeting in order to discuss their goal of eradicating hunger in Africa by 2025, with the help and inspiration from Brazilian social programmes. Heads of State, ONGs and experts from Africa and around the world gathered to discuss the matter.

The political persecution against Lula and The Lula Institute, a persecution that has no proof of any crime committed by Lula. Lula was convicted for accepting as a bribe, an apartment and a farmhouse that have already been proven to never having belonged to him, this has interrupted the cooperation between The Lula Institute and the African governments to the detriment of the Social programmes against hunger.