From jurisdiction to a judge’s misconduct: what will clear Lula in corruption cases? 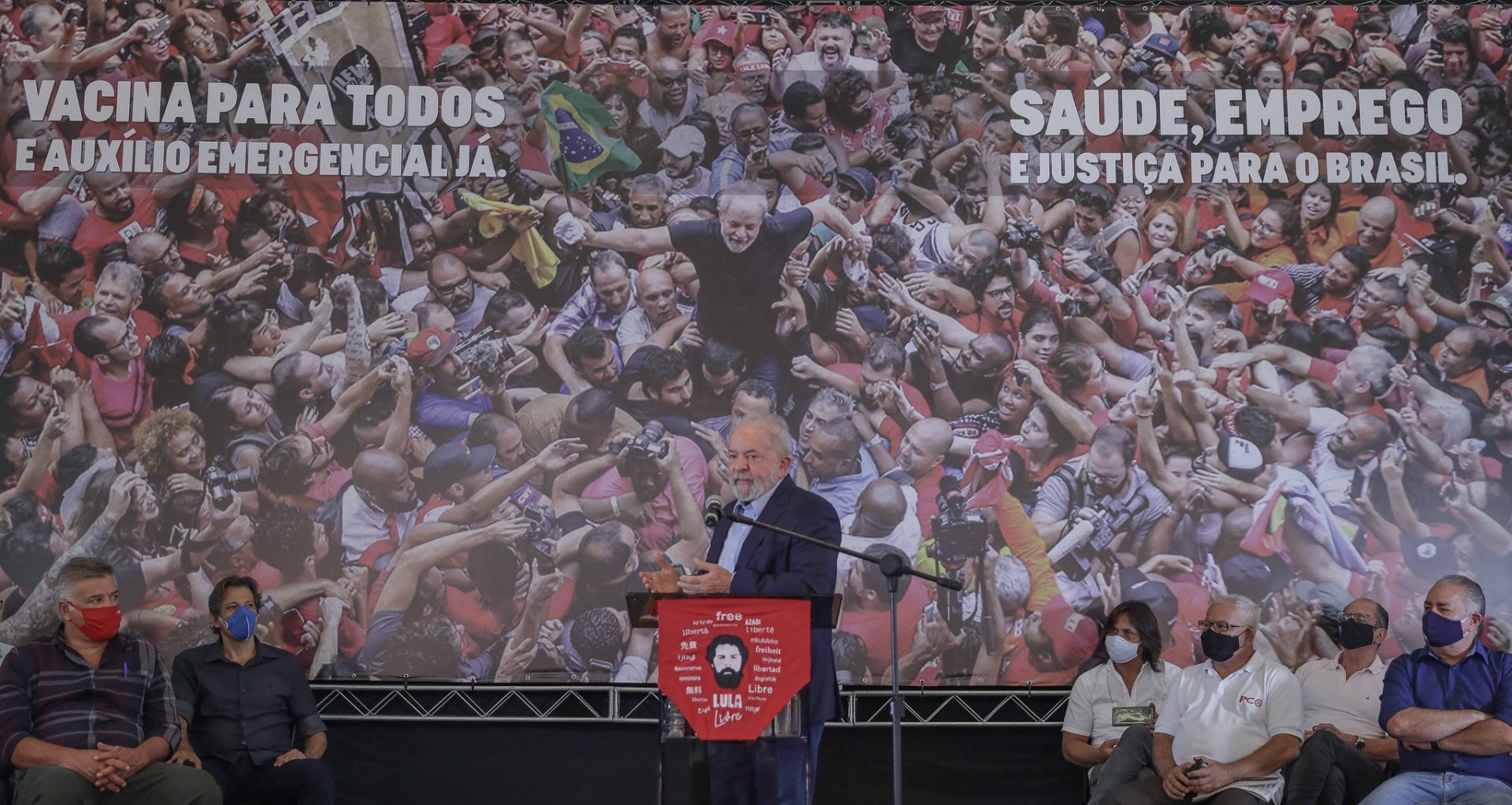 March 20, 2021
After having his convictions annulled on Wednesday, March 10th, the former president gave a speech at the Steel Workers Union headquarters. Photo: Ricardo Stuckert

The four criminal cases involving Lula in the Lava Jato anti-corruption operation that were judged in the city of Curitiba, located in the state of Paraná, were annulled last Monday (8th), making the former president eligible to run for political office once again.

All the while, at the request of Lula’s defense, the 2nd Panel of the Federal Supreme Court (STF) is in the midst of judging suspicious conduct by former judge Sergio Moro. For now, the court is tied 2 votes to 2.

With the dust off one of the most intense weeks in Brazilian politics in all of 2021 having settled, Brasil de Fato heard jurists who explain what Lula needs to do to be cleared of the Lava Jato proceedings.

Lack of jurisdiction
Supreme Court justice Edson Fachin’s decision, which annulled the cases against Lula, acknowledges that there is no direct relationship between those proceedings and State owned oil company Petrobras. Therefore, the 13th Federal Court of Curitiba, which should have only been looking into Petrobras related offenses, yet delivered Lula’s sentences, had no jurisdiction to judge the suits in the first place.

The Supreme Court is expected to review Fachin’s decision to annul sometime soon.

Last Monday (15th), Fachin received an appeal from Lula’s defense team, which asked that the annulment of the court cases against him, come only after a final decision regarding the 13th Federal Court of Curitiba’s jurisdiction takes place.

Misconduct
On March 9th, the 2nd Panel of the Supreme Court began analyzing Moro’s suspicious conduct in relation to the case involving Lula and a triplex apartment in the coastal city of Guarujá – which would also apply to all other proceedings against the former president taken up by the 13th Federal Court of Curitiba, under the scope of the Lava Jato operation.

At the moment, votes on the matter at the STF are tied 2 to 2. Justices Gilmar Mendes and Ricardo Lewandowski voted to confirm the existence misconduct, while judges Cármen Lúcia and Edson Fachin took a stand against the request made by Lula’s defense team.

The trial came to a halt because Supreme Court justice Kassio Nunes Marques, appointed by Bolsonaro, asked for a review.

“An absolute certainty has already been established: Moro was partial ”, says Fernando Augusto Fernandes, master in Criminology and Criminal Law. “Fachin himself, in an interview with the Globo news network in which he defended Lava Jato, said that it is not possible to ignore the messages exchanged between the judge and prosecutors in the operation” .

Fernandes refers to conversations that came to light in the “Spoofing” surveillance operation, that revealed irregularities in the relationship between Moro and prosecutors in Lava Jato’s task force. The text messages spell out the operators’ bias and their desire to arrest Lula, thus making his 2018 presidential run unfeasible.

“Because of these messages, the possibility for Cármen Lúcia to change her vote until the end of the trial was created. But, it seems that the tendency is that even if her mind does not change, justice Kassio [Nunes Marques] will vote in favor of granting the habeas corpus”, adds the lawyer.

Marcelo Uchôa, a doctor in Constitutional Law and member of the Brazilian Association of Jurists for Democracy (ABJD), agrees that bias is clearly demonstrated in the text messages that surfaced in operation Spoofing.

“ There is no doubt that Moro’s impartiality will be established [by the 2nd Panel]”, says the attorney. “It’s a serious type of fraud, from a legal point of view.”

For Uchôa, from a political point of view, confirmation of Moro’s bias is more important than the recognition of his court’s lack of jurisdiction.

“Simply moving the lawsuits to Brasilia, does not guarantee that civil society will engage in the necessary discussion about Lava Jato’s arbitration”, he explains. “ That’s why Fachin’s decision is subject to appeal even by Lula’s own defense. ”

Nunes Marques, who may untie the votes on Moro’s misconduct, promised to analyze the case quickly.

In the Federal District (Brasília)
Fachin’s decision on March 8th is valid and enforceable. However, formally moving the proceedings to the Federal District, as was determined by STF justice Edson Fachin, will only occur after the court’s final opinion regarding the lack of jurisdiction of the 13th Federal Court of Curitiba.

Behind the scenes, it is said that Cristiano Zanin, Lula’s lawyer, will ask for the removal of the 12th Federal Court’s substitute judge, Pollyanna Kelly – “self declared as pro Lava Jato”, according to sources.

Vallisney de Oliveira, who works at the 10th Federal Court, is also eyed with concern for having a history of publicly praising former judge Sérgio Moro.

Attorney Fernando Augusto Fernandes, reinforces that the lawsuits must start “from scratch” in Brasilia.

“The hearings on the case were conducted by a partial judge. That being so, the judge conducted the process as he saw fit, only asked the questions, and solely gave voice to the witnesses that he wanted. Thus, his bias directly impacted the entire structure of the proceedings. The judges in Brasília would need to start the whole thing over again”, he emphasizes. “With proven partiality, the whole case can invalidated starting from moment that the initial complaint was filed” .

Will other defendants benefit?
If the Supreme Court upholds Fachin’s decision on lack of jurisdiction, it is possible others who were investigated and tried by Lava Jato, will also have their defense teams demand the annulment of their cases under the same argument. After all, jurisdiction relates to the merits of a court proceeding and not its defendant.

The same is not true for the judgment on Moro’s fairness. In this instance, the decision would only apply to cases involving Lula.

“The desire to convict Lula was something completely different. It wasn’t just about incrimination, it was also about removing him from the presidential race, and they went after him with all their power”, he recalls.

The leader of the Workers’ Party was never convicted in any legal action outside the scope of Curitiba’s Lava Jato task force.

Fernandes believes that “extending” the STF’s decision regarding Lula’s cases to others investigated by the Lava Jato operation, should be brought up at a latter time.

“There were defendants who confessed to their crimes. After a confession, it is difficult to return proceedings to their previous status prior to conviction”, he exemplified. “That is unless affidavits and witness statements are deemed illegal, due to being the result duress stemming from illegal imprisonment. However, the fact is, that this processes is not automatic for any and all other cases”.