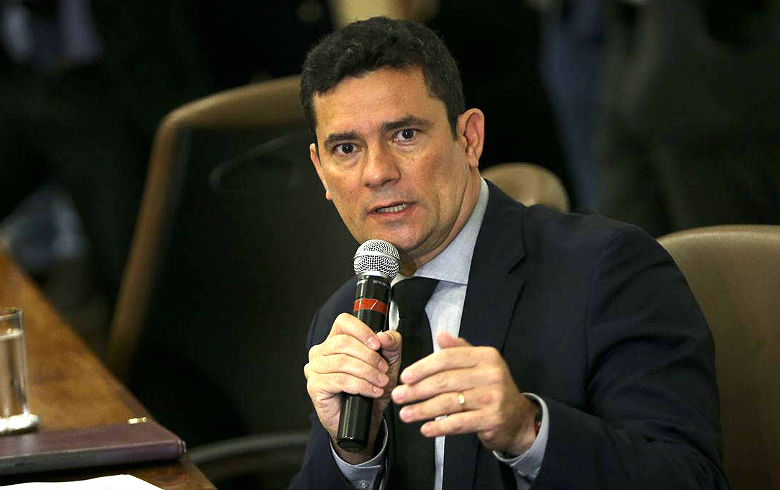 The Association of Lawyers for Democracy will file a formal complaint to the Congress of the United States against the justice minister, Sergio Moro, for his actions as a judge in the operation Car Wash. According to a member of the association, Adriano Argolo, in an interview to journalist Glauco Faria to this Monday´s newscast Jornal Brasil Atual, Moro not only violated the Brazilian accusatory system – as the prosecutors themselves recognized in the conversations revealed by The Intercept Brasil – as it has also involved American institutions, from universities to the Federal Bureau of Investigation (FBI), misleading them to error.

He says that new revelations about the role of Moro and prosecutors that make the political-partisan actions explicit in the Car Wash operation, with interference in the 2018 elections, fell “like a bomb” among the North-american members of congress.

Among members of the Public Prosecutor Office (MPF), there is great dissatisfaction with the role played by Car Wash, to the point to make one of the prosecutors who participated of the revealed conversations confirm, last Friday (the 28th) to the newspaper Correio Braziliense the authenticity of the messages. Which contradicts the positions o Moro and Deltan Dallagnol (prosecutor), who carry on questioning the veracity of the content revealed by The Intercept.

“We are very close to revealing the authenticity of those conversations,” said Argolo, to whom the revelation that members of Car Wash operation only took the plea bargain of OAS entrepreneur Léo Pinheiro when he accepted to incriminate the ex-presidente Luiz Inácio Lula da Silva, represents the confession of a crime committed by the prosecutors. On the other hand, it also proves the innocence of Lula in the case.

In the aftermath of the first reports of conversations bringing undue articulation between the prosecutorial team and the magistrate, proving the partiality of the trial, the Association of Lawyers for Democracy introduced, before the Supreme Court of Justice (STJ) a crime denunciation against Moro and the prosecutors of Car Wash. The case is being presided by the minister Herman Benjamin.

“What those people committed were crimes of prevarication, corruption, administrative improbity, and criminal conspiracy. It is without a doubt the largest scandal of the Judiciary branch in the history of Brazil. Internationally the case is amassing immense repercussion. In the juridical world, few people still keep the cynicism. This cynicism won´t last too long. Facts prevail over speech.”