There Is a Right-Wing Coup Underway in Brazil 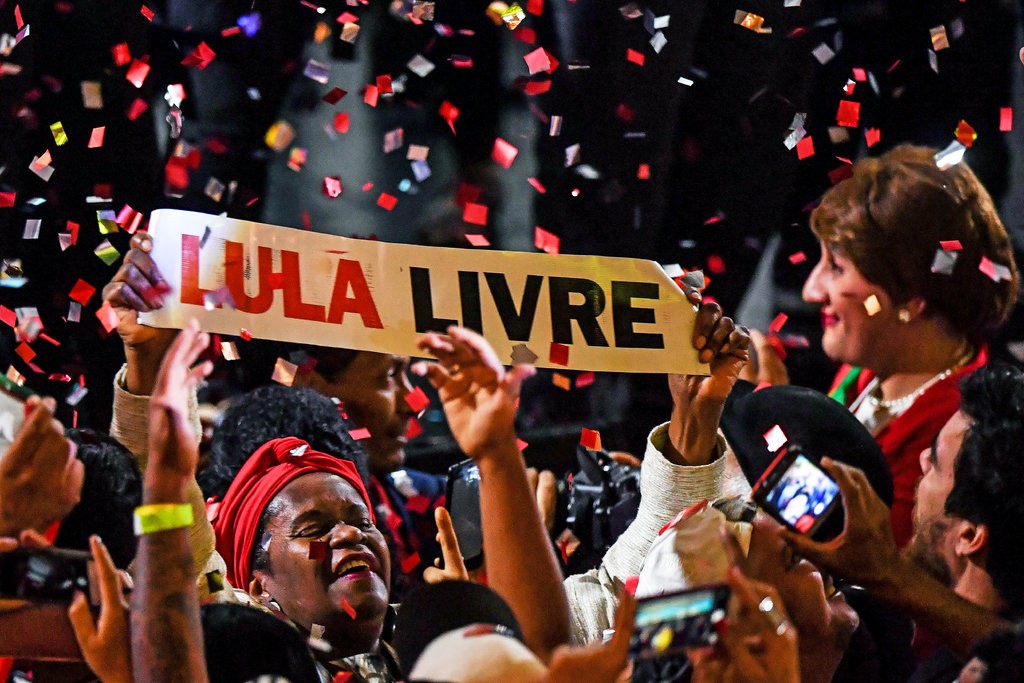 Sixteen years ago, Brazil was in crisis; its future uncertain. Our dreams of developing into one of the world’s most prosperous and democratic countries seemed imperiled. The idea that one day our citizens might enjoy the comfortable living standards of our peers in Europe or other Western democracies seemed to be fading away. Less than two decades after dictatorship ended, some wounds from that period were still raw.

The Workers’ Party offered hope, an alternative that might turn these trends around. For this reason, above all, I believe, we triumphed at the ballot box in 2002. I became the first labor leader to be elected Brazil’s president. The markets were at first rattled by this development, but the ensuing economic growth put them at ease. In the years that followed, the Workers’ Party governments that I headed cut poverty by more than half in just eight years. In my two terms, the minimum wage increased 50 percent. Our Bolsa Familia program, which assisted impoverished families while simultaneously ensuring that children received quality education, won international renown. We proved that fighting poverty was a good economic policy.

Then this progress was interrupted. Not through the ballot box, although Brazil has free and fair elections. Instead, President Dilma Rousseff was impeached and removed from office for an action that even her opponents admitted was not an impeachable offense. Then, I, too, was sent to prison, after a dubious trial on corruption and money laundering charges.

My imprisonment was the latest phase in a slow-motion coup designed to permanently marginalize progressive forces in Brazil. It is intended to prevent the Workers’ Party from again being elected to the presidency. With all the polls showing that I would easily win this October’s elections, Brazil’s extreme right wing is seeking to knock me out of the race. My conviction and imprisonment is based solely on the testimony of a witness whose own sentence was reduced in exchange for what he said against me. In other words, it was in his personal interest to tell the authorities what they wanted to hear.

The right-wing forces that have seized power in Brazil have wasted no time in implementing their agenda. The deeply unpopular administration of President Michel Temer has approved a constitutional amendment that puts a 20-year cap on public spending and has enacted various changes to labor laws that will ease outsourcing and weaken workers’ bargaining rights and even their right to an eight-hour workday. The Temer government has also tried pension cuts.

Brazil’s conservatives have done much work to roll back the progress of our Workers’ Party governments, and they are determined to keep us from coming to office again in the near future. Their ally in this effort is Judge Sérgio Moro and his prosecutorial team, who have resorted to taping and leaking private phone conversations that I have had with my family and with my lawyer, including an illegally tapped conversation. They created a media show by having me arrested and subjected to a “perp walk” as they accused me of being the “mastermind” of a vast corruption scheme. These appalling details are rarely recounted in the major news media.

Mr. Moro has been lionized by Brazil’s right-wing news media. He has become untouchable. But the real issue isn’t Mr. Moro; it’s those who elevated him to this untouchable status: right-wing, neoliberal elites who have always been opposed to our struggle for greater social justice and equality in Brazil.

I don’t believe that the majority of Brazilians approved that elitist agenda. That’s why, while I may be in jail today, I am running for president, and why the polls show that if the elections were held today, I would win. Millions of Brazilians understand that my jailing has nothing to do with corruption, and they understand that I am where I am merely for political reasons.

I do not worry for myself. I have been in jail before, under Brazil’s military dictatorship, for nothing more than defending workers’ rights. That dictatorship fell. The people who are abusing their power today will also fall.

I don’t ask to be above the law, but a trial must be fair and impartial. These right-wing forces convicted me, imprisoned me, ignored the overwhelming evidence of my innocence and denied me habeas corpus only to try to stop me from running for the presidency. I ask for respect for democracy. If they want to defeat me for real, do it in the elections. According to the Brazilian Constitution, the power comes from the people, who elect their representatives. So let the Brazilian people decide. I have faith that justice will prevail, but time is running against democracy.

Lula’s letter to the Brazilian People