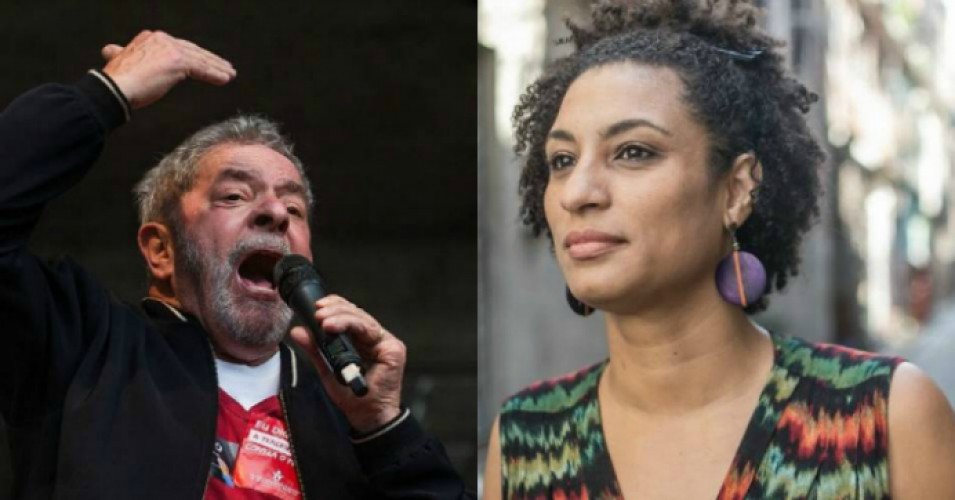 In a letter to Brazilian Ambassador Sergio Silva do Amaral, 29 members of Congress on Thursday voiced their concerns about “an intensifying assault on democracy and human rights in Brazil,” particularly the incarceration of former president Luiz Inácio Lula da Silva and the assassination of Rio de Janeiro city councilor Marielle Franco.

The Intercept’s Glenn Greenwald, an American who lives in Brazil, tweeted a copy of the letter early Thursday, summarizing that “its main argument is that democracy and human rights are being eroded.”

The letter—spearheaded by Rep. Mark Pocan (D-Wis.) and signed by 27 other Democratic lawmakers as well as Sen. Bernie Sanders (I-Vt.)—notes that Lula “was imprisoned following a highly questionable and politicized judicial process in which his rights were apparently violated,” and that there is “reason to believe that the main objective for his jailing is to prevent him from running in upcoming elections.”

“The fight against corruption must not be used to justify the persecution of political opponents or deny them the right to freely participate in elections,” the letter declares, echoing calls from other world leaders that Lula be afforded his constitutional right to due process. The former president was imprisoned in April, just weeks after the assassination of Franco in March.

Praising the city councilor as “a courageous advocate for the rights of Afro-Brazilian women and members of the LGBTQ community, and a fearless campaigner against police killings of young men in the favelas,” the letter points to “credible evidence” that suggests “members of the state security forces could be implicated in the killing.” Although two policemen have been arrested as part of the local probe into Franco’s murder, the lawmakers joined calls for an independent international investigation.

More broadly, the letter conveys concerns about the current President Michel Temer and his far-right government’s “major cuts to vital health and education programs” as well as “an all-out assault on worker’s rights.” Sent on the heels of Global Witness’s annual report on environmentalists and land defenders killed around the world, it also demands justice for the more than 70 activists who were murdered in Brazil last year. Temer dismissed the watchdog group’s findings as “fake news.”

Responding to the Brazilian president on Wednesday, Global Witness senior campaigner Ben Leather said in a statement: “That President Temer has opted to attack our report and question our integrity is emblematic of his government’s attitude to human rights and those who protect them. Rather than committing to protect people from murder and articulating how he will do that, he has instead deliberately jeopardized our efforts to support those at risk.”