Round Two: How To Beat Bolsonaro 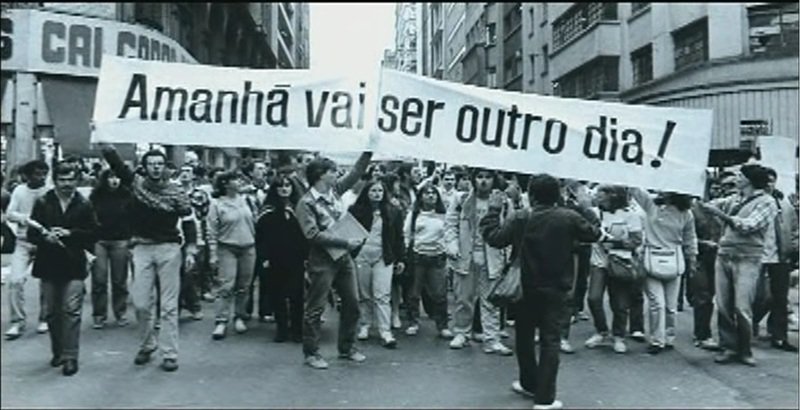 The results of the first round, although shocking to some due to the last minute surge of the fascist candidates, is not that surprising if we take some basic factors into consideration:

In fact, if Lula had been able to run, in accordance with UN demands, the election could have been defined in PT’s favor in the first round. In the last polls in which he appeared, Lula had around 44% of voter intention. When Lula was running, support for Bolsonaro was below 20%. Lula would have easily won the election in the first round, pulling many other candidates into electoral victory with him. The situation would have been completely different today. The Judiciary, therefore, made an invaluable contribution to the rise of fascism in Brazil.

The weakening of the traditional conservative political parties, mainly those of the poorly-named “center”, was expected. Yet this weakening surpassed expectations and, during the final stretch of the campaign and especially on election day when many people made their final decision about their votes, there was an intense migration of traditionally conservative votes to Bolsonaro.

The votes for the right, based on the last polls, added up to around 60%. On election day, they totaled around 57%. There was not, therefore, an increase in votes for the right. What happened was a last minute transfer from the traditional right to Bolsonaro. In this manner, Geraldo Alckmin dropped from the 9% he was polling at to under 5%, Marina Silva dropped from 4% to 1%, Meirelles fell from 1.5% to 1.2%, etc. Furthermore there was probably a bandwagon effect, a tendency for people to vote for the leading candidate so as not to “waste” their vote.

On the other hand, the progressive field (Haddad, Ciro Gomes, Guilherme Boulos, etc) did not lose votes in the final stretch. Haddad, for example, nearly reached 30%, surpassing many projections.

Despite the entire campaign of hate and the political imprisonment of the greatest president in the history of the country, the PT will have the largest bloc in Congress even though it lost 5 members, and will participate in the second round of the presidential elections for the 6th time – the 5th time in a row, not counting the two times it came in second in elections that were decided in the first round (1994 and 1998). In other words, since redemocratization after the end of the military dictatorship, the PT has came in first or second in every presidential election. It has repeated this feat 8 times since 1989. No other party has achieved a comparable accomplishment in the history of the nation. Faced with extremely difficult circumstances, this result was a a political victory for resistance and resilience. On the other hand, the parties that supported the coup lost a lot more than the PT, failing to make it to the run off and transforming, at best, into average, mediocre initials. The MDB, for example, dropped from 66 congressmen to 34. The PSDB collapsed, dropping from 54 congressmen to 39.

3) Political-institutional and economic crises, such as the one created by the coup, tend to favor “alternative” candidates who propose simplistic solutions based on force, such as prisons, guns, destruction of human rights, authoritarianism, etc

This happens all over the world and in Brazil it hasn’t been any different. The difference is that the media, the judiciary and the traditional parties boiled the snake’s egg of fascism – something that would never happen in Europe – in an attempt to defeat the PT. Now the nation and democracy are paying a high price for this suicidal and oligophrenic tactic.

The growth of Bolsonaro cannot be disassociated with an intensive and extensive dirty campaign of fake news disseminated on the social media platforms against Haddad and other progressive candidates. This should be treated as a hybrid war tactic promoted by North American intelligence agencies in collusion with private companies like Cambridge Analytics to strongly manipulate public opinion. Bolsonaro’s campaign did not have the sophistication or organization level to pull this off on its own and appears to be receiving technical and logistical support to run this dirty campaign.

Criticism against the fascism of homophobia, racism, misogyny, etc, although correct, only has repercussions with an electorate that would not vote for Bolsonaro anyway. Progressives, however, failed to win over an electorate that does not concretely know what this means.

Therefore we have to translate what fascism means, concretely, to the lives of the people. We need to explain how Bolsonaro hates the poor, Afro-Brazilians, Indigenous people and women, that he is going to end the 13th salary and paid vacations, retirement benefits, public eduction and health. We have to talk about the corruption accusations against him, about how he is a traditional politician who always participated in the system and never did anything that he now promises, that he is an entreguista who sucks up to the American flag, that he wants to hand over the Alcantara rocket launching base and petroleum to foreigners, and that he wants to sell Embraer to Boeing.

Bolsonaro is an emotional phenomenon who has no concrete proposals or consistency. He is a bastard creation of the coup that took over Brazil. He has even been defined as the “most repulsive politician in the world,” in foreign papers.

There still hope though. If all of the progressive forces unite, including those in the center, and the campaign is well organized there are, yes, still ways to beat a man who will embarrass Brazil to the rest of the planet.

Nearly 40 million people did not vote or cast blank ballots. There is still a huge potential to gain votes. If they let Lula speak and participate in the campaign, as the UN demands, the task to defeat this grave threat to Brazilian democracy becomes a lot easier.

This is not the time for ambiguity and hesitation. Everyone who has a minimum sense of rationality knows that Bolsonaro will be a a political, social, economic and total disaster. He is completely unprepared and does not have the qualifications needed to re-conciliate Brazil. To the contrary, with him, the crises will get much worse.

History will not not forgive the cowards and the fence sitters.

Marcelo Zero is a sociologist, international relations specialist and technical advisor to the PT Senatorial leadership.