Questions and Answers about Lula’s Case 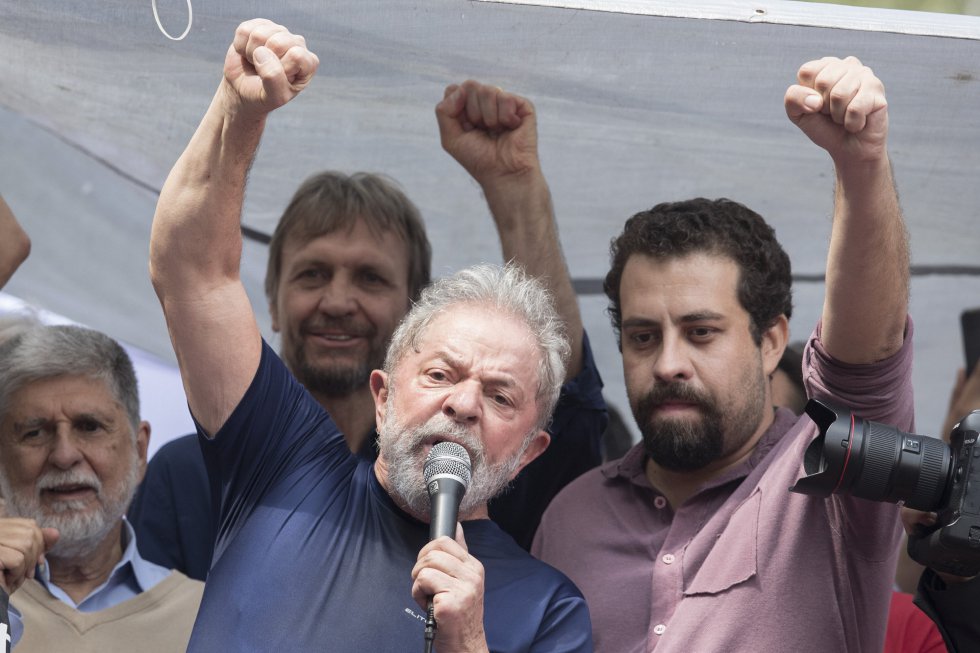 1) Who is judging Lula?
Federal judge Sérgio Moro judged the lawsuit issued against president Luiz Inácio Lula da Silva at the Trial Court, he is in charge of the 13th Lower Federal Court District at Curitiba, capital from the State of Parana, south of Brazil. The sentence was kept on the Appellate Court. By the Regional Federal Court from the 4th Region, increasing the sentence

2) Which charges Lula face?
The president is being accused of passive corruption and money laundering. Lula would receive bribes from a contractor called OAS, paid as a triplex apartment on the coast of São Paulo state. In exchange to that, Lula would have benefited the company on Petrobras negotiations.

3) If the case involves Petrobras and the apartment is located in São Paulo, why Moro is the one judging Lula?
The judiciary power follows the federative model of distribution in Brazil. The first investigation was related to a case of money laundering, made by black market money dealers’ through a gas station. Sérgio Moro became the designated magistrate on the Car Wash Operation in Curitiba, because he was the judge in charge of one of those dealers case, who lived in Paraná. It was only after that the operation ended up involving Petrobras and president Lula. Due to this history, president Lula defence pointed out that Moro was not judicially competent to conduct the case, which is outside Curitiba remit. Beside several resources questioning Moro’s competence, the process is still in his hands.

4) Which proofs were presented against Lula?
The main evidence on this case was the declaration – which is not considered as a proof into a strict sense by Brazilian legislation – from one o OAS’partners, Léo Pinheiro, whose affirmed that the apartment on the coast of São Paulo would be destined to Lula and his family. It is worth to highlight that on Pinheiro’s first statements he denied any involvement by Lula into any corruption arrangements: his version of the facts changed facing the threat represented by imprisonment.

5) Which proofs did the defence presented?
Lula’s defence made clear that the apartment never left being property from OAS. Besides that, due to mandatory financial operations in order to transfer the property of an apartment, OAS was required to pay a fee of its value to a Brazilian public bank, which never occurred. Into another lawsuit, the apartment still appears as a property of the constructor.

6) What if the apartment was in fact given to Lula?
Still, according to the Brazilian jurisprudence, the Public Prosecutor’s Office have the onus to indicate how Lula favoured OAS, a question that is technically called “legal acts”. The public prosecutors, in accordance to Moro sentence, affirmed that Lula favoured the constructor by appointing Petrobras directors; which is a routine function of the President of Republic, and was also approved by the petroleum company directory board.

7) There were flaws in the process?
Lula’s defence points to a series of misconducts of the legal prosecution. From the coercive conduction without previous intimacy infringed to Lula in 2016, until the tapping on the lawyers’offices that represented Lula.

8) Why Lula is arrested?
Lula has still the resources to appeal to two other Courts: the Superior Court of Justice and the Supreme Court. Recently, the Supreme Court decided that people could be arrested after being convicted by Appealing Courts – a collegiate organ – which does not accord with the norms in Constitution, that affirms no one will be considered as guilty until the end of all legal resources. Before his prison, Lula’s defence asked for a habeas corpus, but the Supreme Court kept its understand and denied it.

9) Lula can still be a candidate to presidency into the next elections?
Lula is at the top of all the polls and vote intention. No one impedes his candidacy. As in Brazil, there is a law called “Ficha Limpa”, impeding anyone convicted by Appealing Courts and collegiate organs to candidate, if Lula have his candidacy requirement denied, he might obtain an injunction at the Supreme Court. Proving his innocence at the criminal sphere, he can assume the Presidency if elected.

10) Is Lula politically persecuted?
There are several pieces of evidence pointing to that. Process against Lula was conducted and concluded both at Trial and Appealing Court within a record time, even for Car Wash standards. Besides that, there is a perception among the population, according to opinion polls, that president Lula receives an abnormal treatment by Justice.

The wholesale attack on Brazilian sovereignty: an interview with Celso Amorim