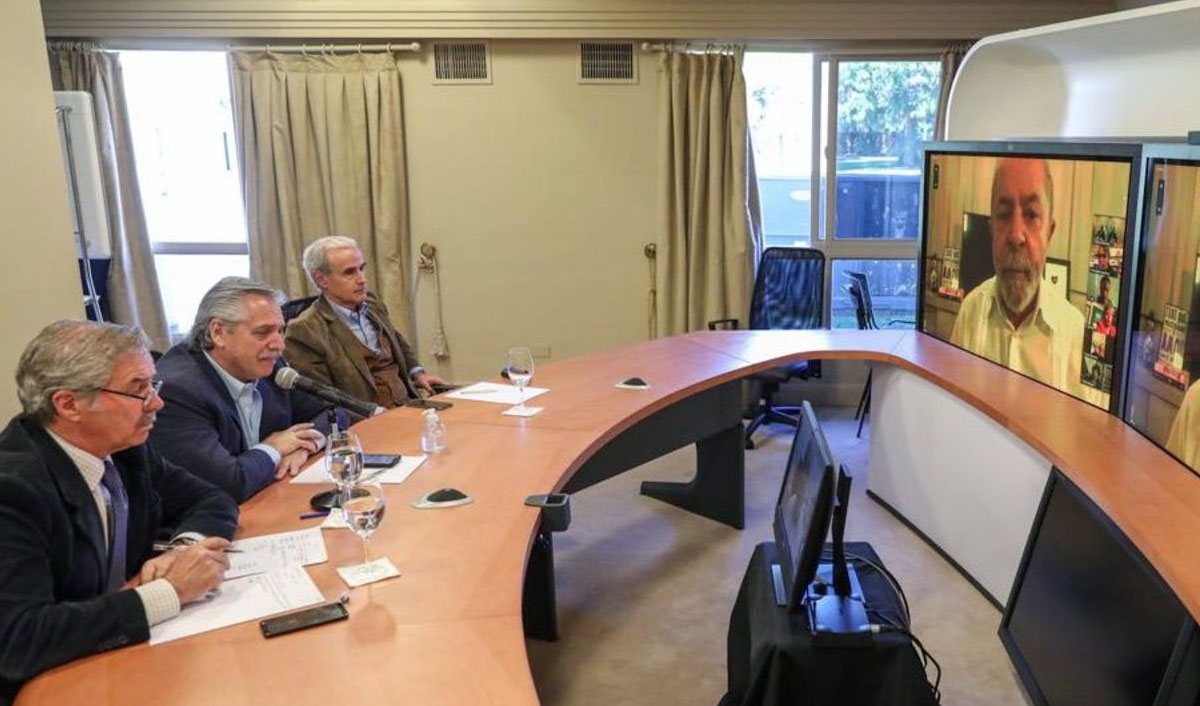 The Puebla Group (Grupo de Puebla), an organization composed by progressive Latin American leaders, says the emergency caused by coronavirus exposed the failure of the neoliberal policies, defended the World Health Organization’s role and questioned the way right-wing governments are dealing with the pandemic, in particular Brazil’s president Jair Bolsonaro, who has been denounced for crimes against humanity by opposing scientific evidence and putting the population’s lives at risk.

The group members had a virtual emergency summit meeting to analyze the effects of the pandemic and the political, economic and social landscape, acknowledging especially the response by Alberto Fernández in Argentina, and criticizing the handling of the crisis by Bolsonaro, Sebastián Piñera, in Chile, and Lenín Moreno, in Ecuador. They have also criticized the fact that, despite the health crisis, the United States maintains its embargo against Cuba and Venezuela.

“There is no way out of this crisis besides Latin-American and Caribbean integration and worldwide cooperation. These must rely on knowledge and solidarity”, reads the summit final statement. Among other points, the document also defends the role of the World Health Organization in the face of some leaders’ attempts to weaken it, especially United States president Donald Trump.

The statement adds that progressive leaders who have simultaneously ruled in Latin America a decade ago managed to integrate the countries not only through commercial treaties but also from a perspective of solidarity and economic, political, cultural and knowledge cooperation, but the right-wing governments have rolled back this process. “Thus, Puebla Group protests against the Organization of American States total neglect in managing Covid-19 crisis and praises the Government of Mexico’s efforts to establish the role of the Community of Latin American and Caribbean States (CELAC) as a mechanism for coordination and continental integration”, the text has stressed.

In its evaluation of the crisis management by different states,, the document praised the resolution the Government of Argentina has showed in the fight against the pandemic, its strive to coordinate a health and economic response to protect its citizens, mainly the most vulnerable ones, as well as the call made by Fernández to create an Humanitarian Emergency International Fund.

Proposals to battle coronavirus
Granting a monthly minimum wage to the most vulnerable people for a year is among the concrete measures that may be adopted. It would cost approximately 2,2 % of the Gross Domestic Product, a figure considered feasible to the Latin American and Caribbean economies.

“Countries and peoples must not decide between health and economy. This is a false dilemma that may be overcome by the dimension that couples them: politics. The solution to the Covid-19 is politics, and a progressive one, because only by increasing the State’s decisions on public issues we will prioritize solidarity over individualism, and assure the countries’ integration beyond commercial matters guarantees our systems are ready for emergencies like this”, it states.

Thus, Puebla Group invites governments, organizations and peoples from all over the world, so that when the pandemic is over, we can reflect together on a new development model, one that prioritizes values such as environment, social inclusion, reduction of inequality, food security, military disarmament, multilateralism and the progressivity of the tax code.

“After this pandemic, the globalized world must be one of cooperation and international and national collective action”, the statement highlighted.