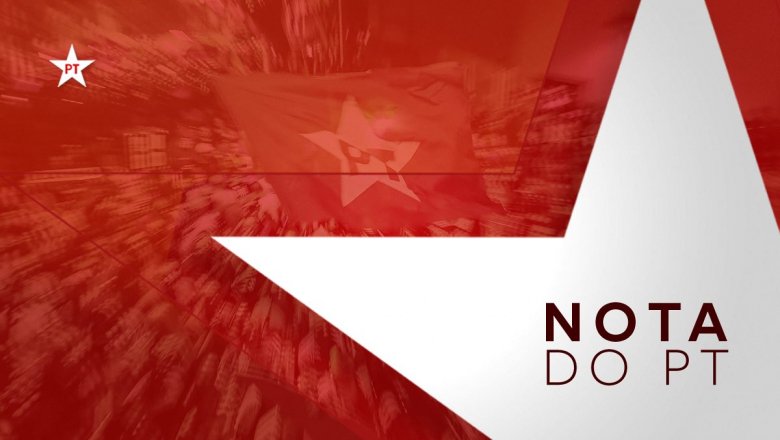 Once again the partisan sectors of the office of the General Attorney and the Brazilian judicial system articulated themselves to deny Lulas’ right to appeal against the arbitrary condemnation that victimizes him. There is no precedent in the Brazilian tradition of such cruel persecution of an internationally recognized political leader.

The injunction granted on Wednesday by the judge of the Supreme Court of Justice, Marco Aurélio Melo, restored the constitutional principle of the presumption of innocence according to which no one can be arrested before being tried in all instances as is the case of Lula and thousands of citizens who serve their sentences in advance.

This issue was ready to be enlightened by the Court at the beginning of the year but its President at the time, Carmen Lúcia, arbitrarily decided to prevent the judgment of a Constitutional Declaratory Action (ADC) on the subject before the elections.

The obvious but cunningly hidden motive was to avoid a decision that would guarantee the constitutional rights of Lula, the candidate who ran all the polls to win in the first round. It was a petty gesture that had a direct influence on the electoral process, as well as maintaining uncertainty about the legal processes of thousands of citizens.

On July 8, the judicial system left normality aside again when the judge, Sérgio Moro (who was on vacation), the direction of the Federal Police and the president of the second instance (TRF – 4) worked together to disobey the fulfillment of a habeas corpus for Lula granted and perfectly justified by the judge Rogério Favreto . The episode had negative repercussions for Brazilian institutions around the world.

Finally, on the morning of September 1st, the majority of the Superior Electoral Court canceled the registration of Lulas candidacy albeit expressly guaranteed by article 16-A of the electoral law blatantly disregarding the decision of the UN Human Rights Committee which assured the political rights of Lula, even imprisoned. Again the partisan judicial system created another international shameful situation.

In the afternoon of yesterday, before the unquestionable order of the minister Marco Aurélio, the Attorney General, Raquel Dodge, rebelled against this judicial decision and requested the suspension of the injunction (which is unprecedented), and did so specifically in relation to the citizen Luiz Inácio Lula da Silva and only regarding him despite the decision of the judge Marco Aurélio was directed indistinctly to all prisoners in the same situation.

Raquel Dodge, appointed to the post by the putschist Michel Temer, is the same that recommended the approval of the electoral accounts of Jair Bolsonaro despite all the evidence of using illegal funds to finance an industry of lies against the PT on the Internet. She is also illegally demanding the return of funds used in Lula’s campaign, once again contradicting the Electoral Law, in its article 22-A and does nothing to interrogate the adviser of the Bolsonaro family that has handled more than R$ 1,0 million irregularly and never appears to explain himself.

While Dodge plotted the overturning of the injunction restoring the presumption of innocence, the Curitiba Criminal Court Judge Carolina Lebbos refused to comply with the order to release Lula in flagrant disobedience to the Supreme Court and made an unreasonable request for a hearing of the Attorney General.

The media reports that the revocation of Minister Marco Aurélios’ injunction was preceded by a meeting of the Armys’ High Command to evaluate the consequences of Lula’s eventual release. It should be recalled that the Chief Commander, General Villas Bôas, made an improper and hierarchically unacceptable demonstration some months ago to the Supreme Court on the eve of another Habeas Corpus trial in Lula’s favor. The two episodes suggest an unconstitutional tutelage of the Army over the highest court of justice in Brazil.

By unprecedentedly repealing the injunction of Minister Marco Aurélio, the Supreme Court President, Dias Toffoli, provoked a real judicial riot with a clear partisan bias. The decision hastily and with a precarious institutional base clearly demonstrates the alignment of the Presidency of the Court since Carmen Lúcia with authoritarian solutions that meet the objective of silencing Lula’s voice in the Brazilian political scene.

Although there are still judges and prosecutors who are respectful of the Constitution and the due process of the Brazilian judicial system, it is hegemonized by the practice of the exception while acting as jailers and executioners of the greatest political leader of the country.

Brazil will not return to democracy and the rule of law, nor will it ever again respect the judicial system, insofar it doesn’t respect the Constitution and ensure respect for the due process of law for all citizens whether or not they are called Luiz Inácio Lula da Silva.

Lastly, we recall that all abuses that have been or will be committed against Lula will be denounced internationally and added to the ongoing proceedings of the UN Human Rights Committee to investigate the arbitrariness and manipulation of the Brazilian judicial system against the former president Lula, the so-called lawfare.

There is only one explanation for the arbitrariness and persecution against the former president. The fear they have of Lula, because, even unjustly imprisoned, he is the country’s greatest popular leader and the most respected Brazilian personality around the world.

The struggle for Lulas’ freedom, a political prisoner of this exceptional regime that was set up in the country, is the central flag of democratic resistance and will continue in 2019 at the center of the Brazilian conjuncture. The National Lula Livre Committee made up by more than 80 Brazilian entities and personalities as well as the International Solidarity Committee in Defense of Lula and Democracy in Brazil with its local committees in several countries of the world will carry out activities and mobilizations in defense of democracy and the rights of the Brazilian people while Lula is unfairly imprisoned.