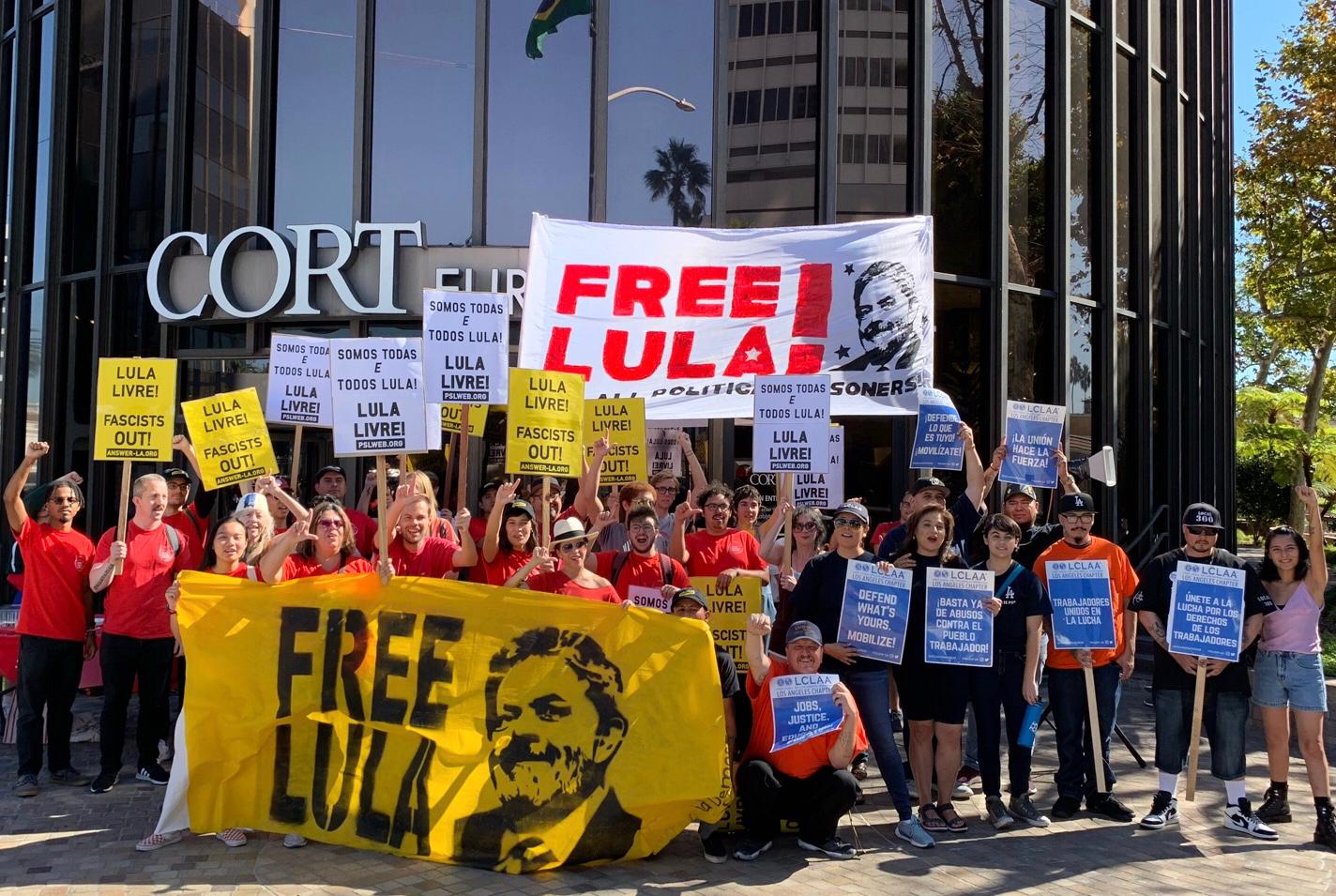 More than 50 people gathered to write birthday cards in celebration of Lula’s 74th anniversary, and to protest against his unjust imprisonment

Cake, birthday cards, and political chants for justice and freedom. On October 26th, the day before the anniversary of former President Lula, leftist parties, social organizations, collectives and activists gather in front of the Brazilian Consulate in Los Angeles to celebrate Lula’s 74th anniversary and to protest against his unjust imprisonment.

“Somos Todos e Todas Lula”. More than 50 people, mainly Americans, got together to show their solidarity with Lula and talk about the coup that started on 2016 and led to his irregular incarceration. They drew and wrote birthday cards to Lula, sang happy birthday to him, share a cake, and made political speeches demanding his freedom. They are member of local organizations, unions and parties, and activists moved by the international solidarity and the understanding the democracy is in threat in many countries currently under far right governments – and, together with it, social and civil rights, the environment, indigenous peoples, women, blacks and the LGBTQ community. The unfolding coup and subsequent turmoil in Brazil is a part of a larger geopolitical conflict in Latin America that desperately requires international support. As long as Lula is in jail, Brazilian democracy and progress too are imprisoned.

Check the photos out :