Lawfare, the other epidemic 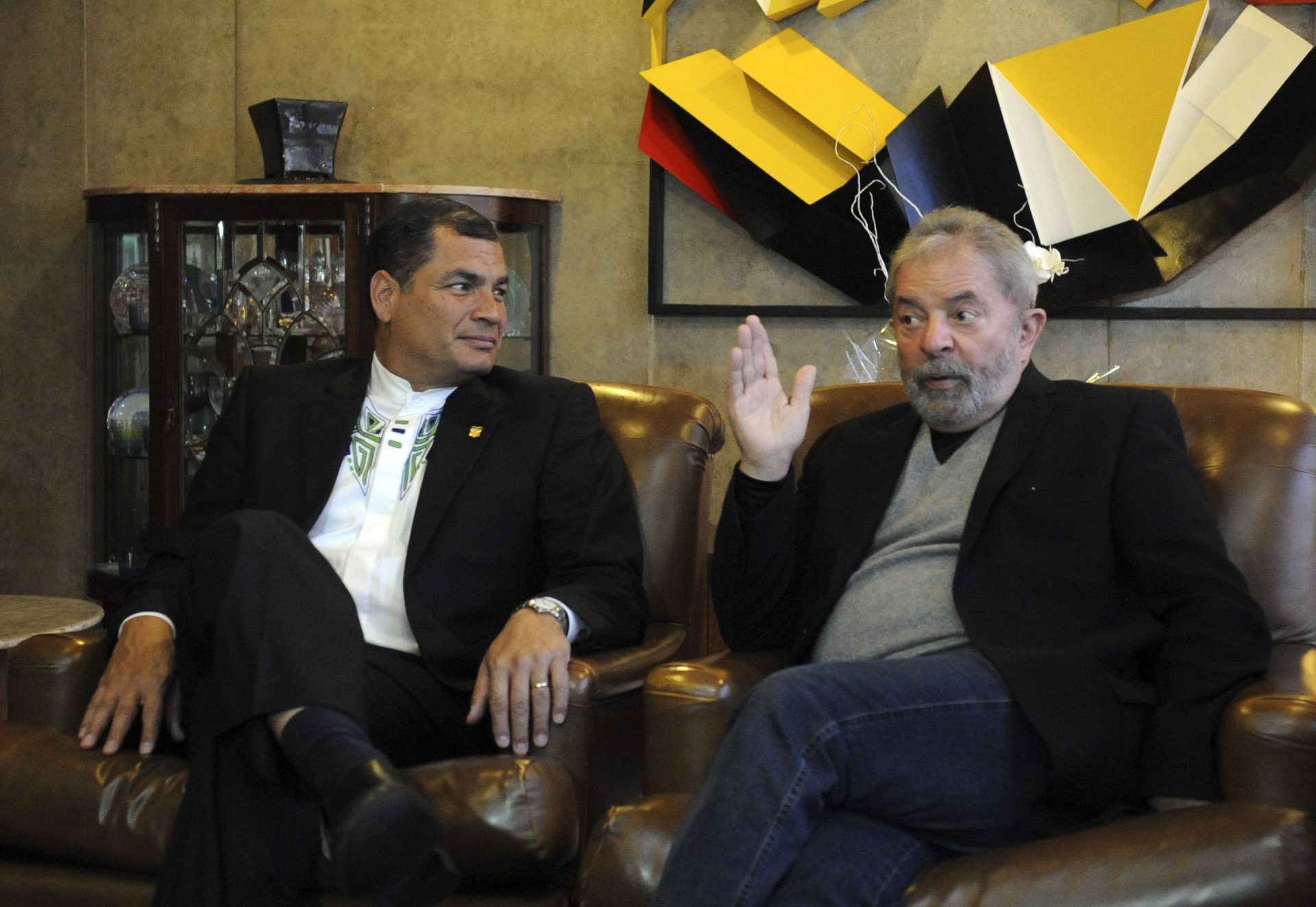 The world is currently facing the Covid-19 pandemic, but it has been some years that Latin America suffers from a dangerous political epidemic called lawfare, a new strategy of unconventional warfare applied as an experiment against progressist leaders south of Rio Bravo.

The term has recently reappeared in the regional context after the National Supreme Court of Ecuador condemned, over alleged acts of corruption, former president Rafael Correa and many of his employees to a 8-year prison sentence and banned them from political “participation” for 25 years.

But has this persecution strategy been applied only in Ecuador? For what murky purposes? How can they be distinguished from other cases?

A study published by the Latin American Strategic Center of Geopolitics (Celag) defines this tactic as the misuse of legal tools for goals of political persecution, damaging their public image and banning their nemesis from political participation.

In order to meet this end, apparently legal actions are combined with broad press coverage to put pressure on the defendant and those around them (including close relatives), in a way that makes them vulnerable to charges without evidence. “The goal: to make them lose their public support so they are not capable of reaction”, the analysis depicts.

The study emphasizes that the term lawfare “describes an unconventional warfare method in which law is applied to obtain a military goal”, used with this meaning in ‘Unrestricted Lawfare’, a book on military strategy published in 1999, though the term started being used in different branches within the United States Armed Forces.

Thus, warnings on the destructive American influence on Latin American legal system have been given since the beginning. This influence is held mainly through the United States Agency for International Development (Usaid), especially within Anticorruption Programming, Celag points out.

Blatant examples
“We have been facing a demonizing attack campaign within regional scale, against those who led popular and democratic national projects in South America over the last decade and whose policies benefited millions of lives”, former president and current vice-president of Argentina, also victim of lawfare, Cristina Fernández Kirchner says in her book ‘Sinceramente’ .

Therefore, Yankee political experiment spread out in Nuestra América. The first cases of the judicialization of politics were the coup d’État in 2009 Honduras – when lawful president José Manuel Zelaya was removed from office by the Supreme Court of Justice and expelled from the country by the Army – and the 2012 Paraguay’s president Fernando Lugo removal from office over a controversial political proceeding that lasted only 36 hours.

And that’s not all. These experiment cases encouraged ultraconservative far-right to rage other political persecution plottings against progressive leaders. Dilma Rousseff was removed from office in Brazil in 2016; former Brazilian president Luiz Inácio Lula da Silva was imprisoned due to politically driven judiciary actions in 2018, prevented from his right to be a presidential candidate, in order to avoid his probable winning in Brazil’s last elections.

Cristina Fernández Kirchner has also suffered from argentine’s right-wing visceral hatred as she has faced more than 10 inquiries since 2016 and has endured, in the last few years, “a persecution not only of herself, but also of her children, in endless attacks and smear campaigns undergone only for popular leaders over national history”, in the former president’s words.

Most recent cases includes Rafael Correa’s and Jorge Glas’ sentences in Ecuador and, though the right-wing has attempted to launch lawfare strategies against Venezuela on a number of occasions.

These complex procedures involve carefully planned operations with many steps: the legal apparatus is rearranged by right-wing forces, which places lawyers, judges and attorneys sympathetic to their interests in key positions, in order to attack political adversaries; timing or turning a legal proceeding public as a tool in times of high political costs to the adversary (usually near presidential elections); and the role of the mass media ‘warfare journalism’, which shapes public opinion, over an alleged anti-corruption fight, and criminalizes the victim, according to Celag’s research.

In a nutshell, the short and medium term goal of this tactic in Latin America is nothing but to restore neoliberalism, also via the legal system, in nations where progressive governments in favour of people, instead of the transnational capital, had succeeded. It shows the right-wing’s incapacity and weakness in the face of its political rivals. Since they couldn’t surpass them neither in a political nor in an electoral way, there’s nothing left but the lawfare move.