#FreeLula: Imprisonment of Former President a Violation of the Brazilian Constitution 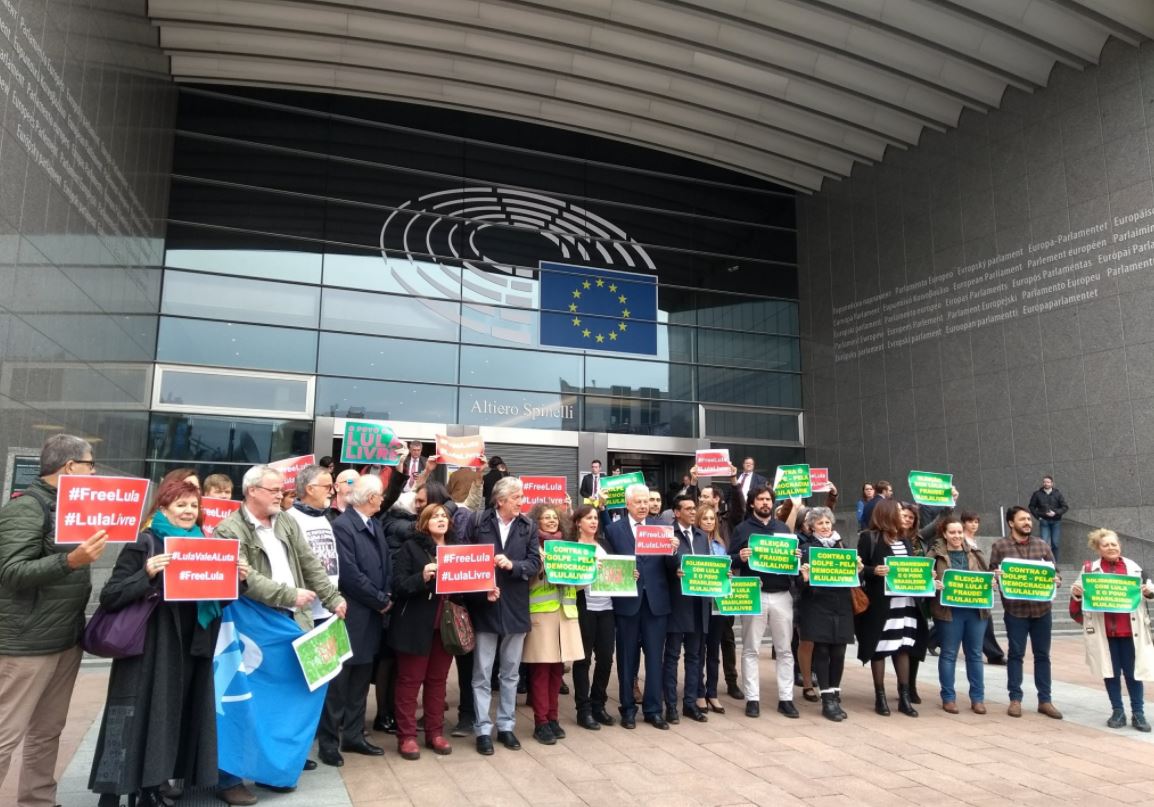 History seems to be repeating itself in Brazil. The military dictatorship first dared to convict and jail Lula in 1980, under the infamous National Security Law. His crime of “subversion” was fighting for democracy and the rights of workers.

The Brazilian Justice system has violated Lula’s rights to privacy, right to a fair trial, freedom from arbitrary arrest, the right to freedom of movement and right to be presumed innocent until found guilty.

Lula is Brazil’s most popular presidential candidate by a huge margin, and the judicial persecution of him is aimed at stopping him becoming President again. This cannot be seen as anything other than an attack on democracy.

The actions of the Brazilian judiciary in conjunction with the national media and political right demonstrates to the world that Brazil does not operate under the rule of law, but the rule of expediency. To use the law to thwart the aspirations of the Brazilian people is, at best, a cynical exercise. To those outside Brazil, it looks like a continuation of the unwarranted impeachment of Dilma Rousseff in an effort to stop the hopes of an improved life for millions of Brazilians.

Now, more than ever, we must stand with Lula. IndustriAll European Trade Union together with IndustriALL Global Union, the ITUC, and other global trade unions, is calling on the government of Brazil to comply immediately with its treaty obligations, and customary international law, and protect the fundamental rights to due process of law and to a fair trial, by pursuing immediately the following measures:

1. The immediate release of Lula, at a minimum, until the appeals process has been completed in accordance with the Brazilian constitution.
2. An impartial review of Lula’s case by judiciary not connected to the Temer government.
3. That Lula be allowed to run for the presidency in this year’s election.

IndustriAll European Trade Union stands in solidarity with Lula and calls on its affiliates and all supporters of democracy to voice their concerns about this violation of justice. #FreeLula

The wholesale attack on Brazilian sovereignty: an interview with Celso Amorim