Brazil will return to belong to the Brazilians 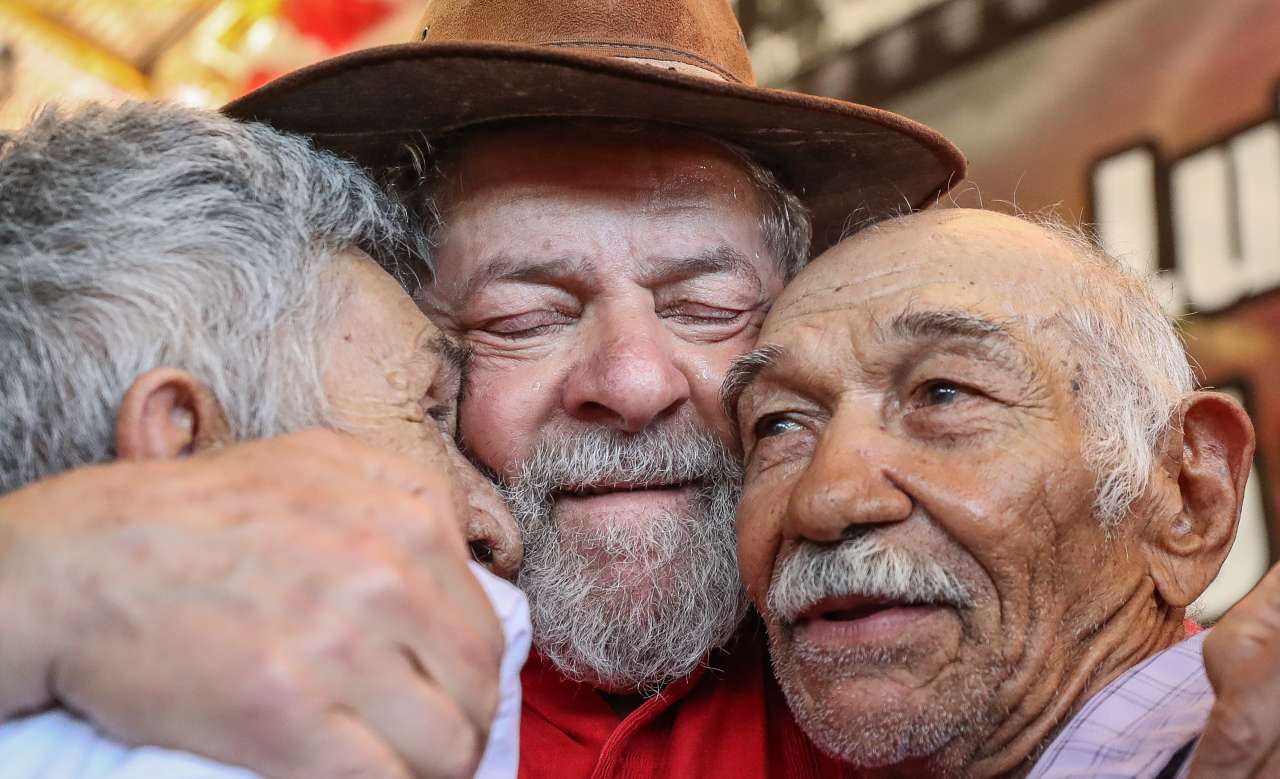 While the country paid attention to the World Cup, the Chamber of Deputies approved, as a matter of urgency, one of the most shameful laws in our history. By simple majority of 217 votes, they decided to sell to foreign companies 70% of the huge pre-salt fields that Petrobras received directly from the government in 2010. It was another step by the government of the coup and its allies to deliver our wealth and destroy the largest company of the Brazilian people.

The bill passed last week is a crime against our nation, which requires firm reaction from society to be detained at the Senate, before it is too late. It is a decision that delivers pre-salt fields with potential to contain about 20 billion barrels of oil and gas, circumventing the law that guarantees the pre-salt for Brazilians.

To understand the gravity of this crime, we must go back to 2009, when Petrobras needed to invest in order to explore the newly discovered pre-salt. We then present a bill in which the Union (to which the oil reserves belong, let us not forget) sold to the state-owned oil company, in exchange for bonds, the right to exploit up to 5 billion barrels of oil in pre-salt fields. It was called the Onerous Assignment.

Thus, the company valued its stocks, made the largest capitalization transaction in history and became able to invest. The result is that, in record time, the pre-salt already produces 1.7 million barrels / day, more than half of the national production. As it was a special operation, to defend strategic interests of the country, we defined in Law 12.276 / 10, that the Onerous Assignment “is nontransferable.”

Out of this area, the pre-salt can only be exploited by the shared regime, through legislation that guarantees the country’s sovereignty and directs this wealth to be invested in education, health, science and technology, our passport to the future.
Studies have already circulated indicating that the oil from the Onerous Assignment fields will be sold at prices between US $ 6 and US $ 8 a barrel, which is the cost of exploration, when the international price of the barrel ranges from US $ 70 to US $ 80. The chances of finding oil in these fields are practically certain, because we Brazilians have already mapped the areas. For oil companies, it’s like buying a winning lottery ticket. For Brazil, it is like selling the chicken from the fable, which lays golden eggs.

With these fields, foreigners will buy probes and platforms out there, without generating a single job at the Brazilian industry. They’ll hire engineers and technicians out there; will directly control all the intelligence of research and exploration in our pre-salt, which is also an attack on our sovereignty.

This attack has been going on since the beginning of the coup government, when they approved the so-called Serra Bill, which excluded the mandatory participation of Petrobras in all the pre-salt fields. It was another coup at the Brazilian naval industry, which added to the decision to reduce Petrobras’ obligation to buy machinery and equipment in Brazil, the so-called local content, to 50%.

In the presidency of Petrobras, Pedro Parente, representative of the PSDB, began privatizing strategic activities, such as the production of biofuels, distribution of cooking gas, fertilizer production and petrochemical industry. It to sale Liquigás, BR Distributor, the Três Lagoas nitrogen plant and the Southeast Gas Pipeline (NTS).

In another criminal maneuver, it reduced fuel production by up to a maximum 30% of the Brazilian refineries’ capacity. We stopped producing here, in reais, to import in dollars. It made almost daily adjustments of the fuels, above the international prices, which increased the profits of the foreigners. The import of diesel oil from the United States more than doubled.
We must not forget that the first to suffer from Petrobras’ new pricing policy were the poorest, who started using firewood and the very dangerous cooking alcohol, because of the brutal increase in the cooking gas cylinder.

This disastrous policy provoked, in May, the paralysis of the terrestrial transports that caused so much damage to the country. The Institute for Applied Economy Research (IPEA) has just announced that industrial production fell 13.4% in that month. There was no drop even in the first month of the global financial crisis of 2008, when the decline was 11.2% (and we must remember that we quickly overcome that crisis).

In two years there were more than 200 thousand layoffs of workers from Petrobras and companies on contracts by Petrobras, in addition to more than 60 thousand layoffs in the naval industry. The machinery and equipment industry estimates a loss of 1 million jobs in the oil and gas chain as a result of this suicide operation.

The devaluation of Petrobras’ equity, through the sale of controlled companies, the loss of the Brazilian market, the option to become a mere exporter of crude oil, among other harmful actions of Parente, is dozens of times greater than the alleged R $ 6 billion that would have been diverted in the cases investigated by Operation Car Wash.

Last week’s House vote, on an emergency basis, with no debate with society, showed that the coup government has a desperate rush to hand over the national assets and destroy our largest company. The truth is that their time is running out. They run to deliver what they promised to the sponsors of the impeachment coup in 2016: our oil, our wealth, the people’s companies, Petrobras, Eletrobras and the public banks. It was for this, and to revoke the workers’ rights, that they overthrew the honest President Dilma Rousseff. Over two years, the PSDB coup-makers and servile politicians submitted Brazil to the geopolitical interests of the United States and not only to Petrobras. The foreign policy of the PSDB chancellors was again dictated by the US State Department in a shameful return to the mongrel complex that we had surpassed in our government. But their time is coming to an end in October, when Brazil is going to elect a democratic government, with legitimacy to reverse the agenda of servility, from the ultra liberalism, which only from market’s interest and not for our country or our people. When Brazil elects a government that will end the spree of privatization and the delivery of the national patrimony. You can be sure: returning to government with the strength of the people and the legitimacy of the democratic vote, we are going to reverse everything they are doing against our people, against the workers and against the country. And Brazil will return to belong to the Brazilians.